The world may know Kim Kardashian as a reality star turned entrepreneur,  but to her kids, she is just a regular mom who sits on the sideline as they play their weekly soccer game. 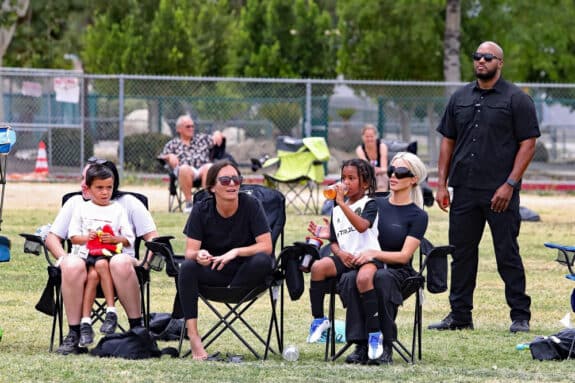 Kim was photographed with Saint on her lap as she enjoyed his soccer game in Los Angeles on Sunday, May 15th, 2022. 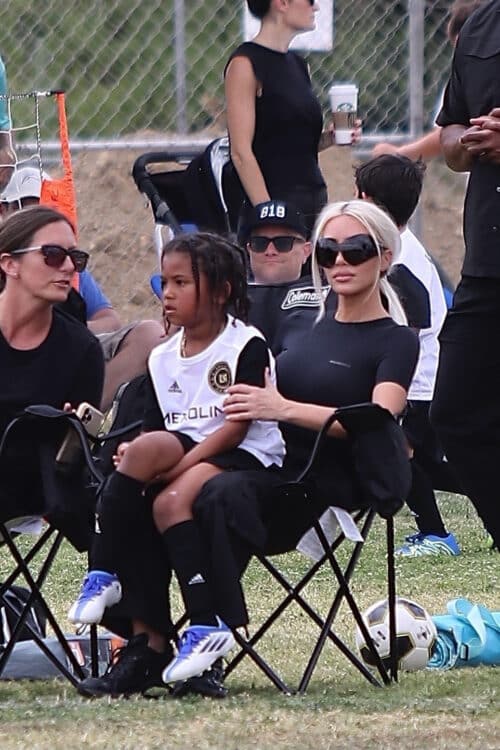 She has been a fixture at his games since March and was even photographed with soon to be ex-husband Kanye at one game. 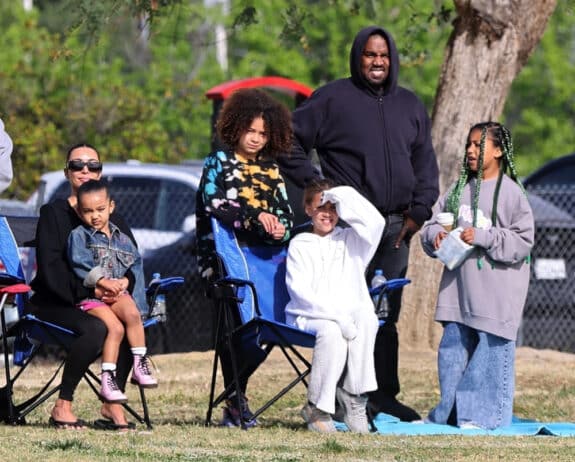 While Kim appeared to be mom casual, she was reportedly wearing Balenciaga from head to toe. 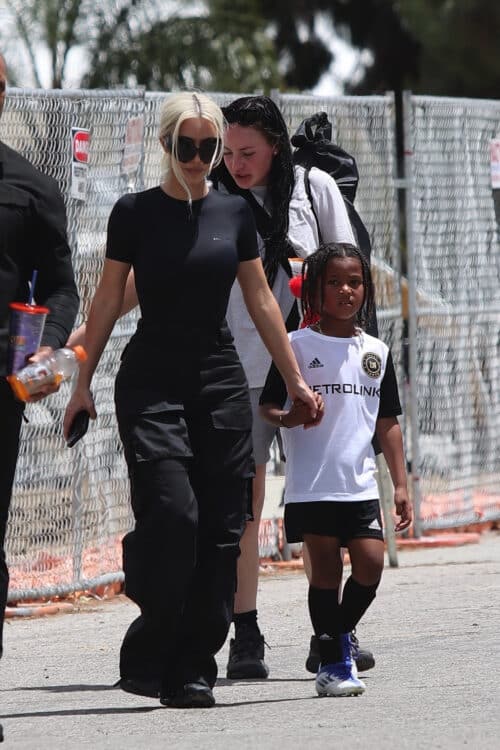 The security team did the heavy lifting when the game was over.  They were photographed carrying all of the star’s chairs, drinks, and snacks back to the family’s Maybach SUV. 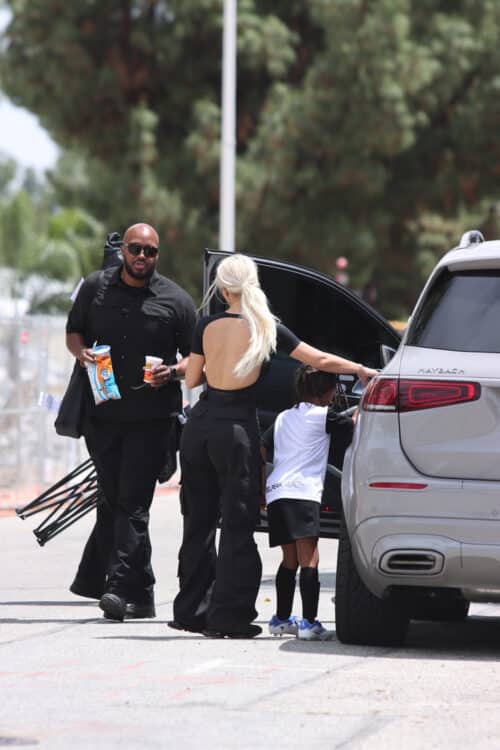