Home » Some Childrens Toys Loud Enough To Do Damage

The Canadian Association of Speech-Language Pathologists and Audiologists say that some toys are loud enough to damage children’s hearing. 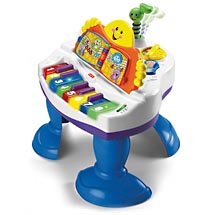 If you have to raise your voice to be heard over a squawking toy, it’s too loud, Linda Rammage, president of the association, told a news conference Monday.

Under Health Canada standards, toys are not supposed to emit sounds louder than 100 decibels, but she said kids sometimes hold toys to their ears, getting more exposure.

A decibel is a measuring unit for the loudness of sound: normal conversation is about 60 decibels and the rating for a school dance or a snowmobile is about 100 decibels.

That whining leaf blower the neighbour revs up on weekend mornings, clocks in at 109 decibels.

Experts say the danger zone is prolonged exposure to 80 decibels or more.

There’s no proof that toys alone are causing hearing loss, but noise-induced hearing loss is a rising among children, and experts agree that toys are part of the problem.

Hannan said music devices such as audio players are especially worrisome because they tend to be used for extended periods of time. These devices now are being marketed to young children.

A consumers group, the National Coalition on Noisy Toys, suggests a more pragmatic solution for frazzled parents: toys with a volume control. Or, try muting the speaker with a patch of tape.

The reason I like Fisher Price toys is because they have Volume Control. We have received some toys that worry me because when I hear them they seem too loud for me. They make the baby jump when they are turned on. We have taken the batteries out of the ones that are too loud and taped the speaker of others.