Many previous studies have looked at how singing and speech affect infant attention, but new research published in the journal Infancy looked into how speech and music impact a baby’s self-control. Study co-author Professor Isabelle Peretz of the Center for Research on Brain, Music and Language at Canada’s University of Montreal and her team conducted two experiments involving 30 healthy infants aged 6-9 months old. 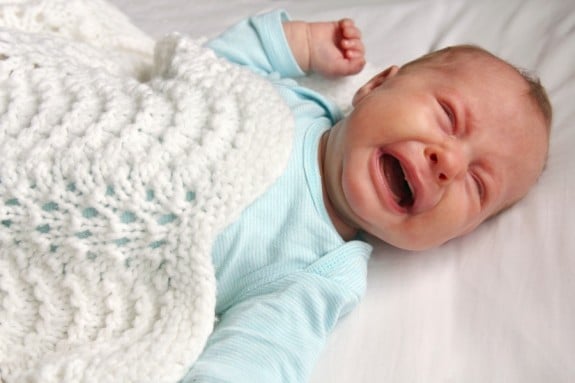 For the first experiment, researchers spoke to the babies using either baby talk or adult speech, played them a recording of both kinds of talk, or played recorded songs by a Turkish singer the infants had not heard before. Why Turkish? The songs we sing to infants have a specific range of tones and rhythms and this music fit that pattern. It was also important for study purposes that the reaction of the infants was not influenced by sensitivity to their parents’ voices. Parents were allowed in the room for the test but were seated behind the infants to avoid influencing them through facial expressions. The infants listened to the music and speech sounds until they displayed a “cry face” – typified by lowering the brow, corner of the lips pulled to the side, mouth opening and raised cheeks.

For the next experiment the study tested a different group of infants who listened to recordings of their own mothers singing songs in French – a language they were familiar with. Again the babies were calmer for a longer period of time when listening to music compared to talking.

These tests took place in a relatively sterile environment; a room with black walls, dimmed lights, and no visual stimulation. And although hearing songs by their own mothers in a familiar language did calm the children, they did not stay calm for as long as the infants who heard the Turkish songs – at 6 minutes compared to 9 minutes. This suggests to the researchers that the rhythm of the songs has a greater appeal to the babies than the words.

Professor Peretz concludes that the findings show “that babies did get carried away by the music, which indicates that they have the mental capacity to be entrained.”

Last year Medical News Today published a study on how music can make us feel powerful, and a more recent study suggests that listening to music following surgery can help reduce both pain and anxiety.

The researchers believe that their findings can benefit parents who struggle emotionally or have difficulty soothing their infant. When a baby is showing signs of distress, parents instinctively engage in baby talk in an effort to calm them. Singing may be a better strategy. Try a lull-a-bye!