New research from Denmark shows that mothers who want to breastfeed their baby successfully may want to hold off on giving their infant a pacifier. 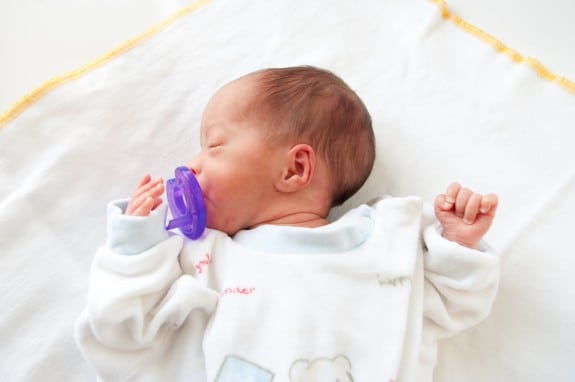 Drs. Hanne Kronborg and Michael Vaeth of the University of Aarhus found that women who gave their infant a pacifier in the first weeks of life were less likely to continue breastfeeding their babies.

During the study registered nurses visited 570 new parents soon after they were discharged from the hospital.

At the first visit, which occurred an average of eight days after the babies left the hospital, half of the mothers were having breastfeeding difficulty, most frequently with positioning the baby or latching on. While these problems were not associated with how long the mother ultimately breastfed her child, problems with sucking and milk transfer were.

The researchers found that correcting a mother’s breastfeeding technique at the nurse visit did not have any influence on duration of breastfeeding because nearly two-thirds of the women reported giving their baby a pacifier.