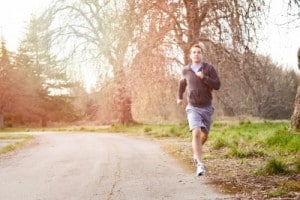 Over the last 50 years, semen quality has decreased. A number of factors are thought to be responsible for this: tobacco use, alcohol use, diet, exercise and environmental toxins, just to name a few. Fixing the issue is a bit more complex than just exercising, but for those that are planning to have children, it might be nice to know that moderate exercise can increase the quality of a man’s semen.

“We have analyzed qualitative semen parameters like the ejaculated volume, sperm count, mobility and sperm morphology,” said lead author of the study, Diana Vaamonde, researchers at the University of Cardoba.

Published in the European Journal of Applied Physiology, the study also examined the follicle-stimulating hormone (LH), testosterone (T), cortisol (C) and the T/C ratios of the 31 men who participated in the study. These levels help indicated the type of environment offered for sperm formation in the gonads.

“Despite the fact that the sample population is not very big, given the complexity of the analysis, this is the first study that assessed the differences between these parameters in both populations,” Vaamoinde said.

However, it is also important to know that this same group published a previous study on the sperm quality of triathletes and waterpolo players. Their semen quality was found to be worse than those that were just physically active. Researchers speculate that the increased strain of training causes the decrease. Therefore, it may be important to not overdo exercise.