Home » Swim Lessons Can Save The Lives Of Kids With Autism

A new study published this week in the American Journal of Public Health reveals some worrying statistics on deaths of children with autism spectrum disorders, commonly known as ASD.

The study explores the link between autism and mortality. ASD is characterized by difficulty with social interactions, communication problems, and repetitive behaviors, and is estimated to affect about 1 in 68 children. Children are most often diagnosed with ASD by the ages of two or three. What’s surprising about the findings is that the study shows that kids with autism are 160 times more likely to die from drowning than the general pediatric population.

Given that exceptionally high risk, study researchers say that swimming classes for children with autism should be top priority. 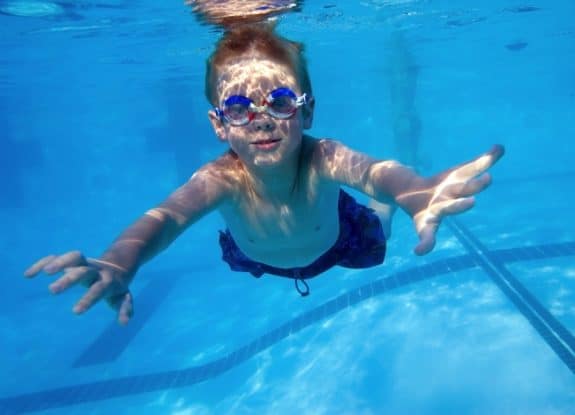 Professor of epidemiology Dr. Guohua Li says that drowning is a common cause of death for individuals with ASD because “with impaired communication and social skills, autistic children tend to seek relief of heightened anxiety from the serenity of water bodies. Unfortunately this behavior often leads to tragedies.”

He believes that when a child is diagnosed with ASD, parents should immediately enroll them in swimming classes – a priority that should come before behavioral, speech, or occupational therapy. He says that these lessons can be life-saving and that swimming ability for kids with autism is “an imperative survival skill.”

As the founding director of the Center for Injury Epidemiology and Prevention at Columbia University, Dr. Li says that autism-related deaths may be severely underreported. Of registered deaths examined for this study, 28% were due to injury with suffocation the most common cause, followed by asphyxiation and drowning. Those three causes accounted for 80% of the total number of deaths in children with ASD – and sadly, more than 40% of these incidents occurred at home or in residential institutions.

Data shows that the annual number of deaths among those diagnosed with ASD has risen sevenfold over the past fifteen years.

Something as simple as swimming lessons could truly be a life-saver.