A new Canadian study reveals that all women of childbearing age should be taking a daily multivitamin to reduce the risks of having a child with birth defects.

The new research shows that ensuring an adequate intake of vitamins and minerals by taking a single, cheap pill on a daily basis sharply cuts the likelihood of a wide range of severe birth defects, including neural-tube defects such as spina bifida, brain-damaging hydrocephalus, heart malformations, truncated or missing limbs, urinary-tract abnormalities and cleft palate.

“The data are really very striking. It seems almost too good to be true that a prenatal multivitamin can have such an impact. But it is true,” Gideon Koren, director of the Motherisk Program at the Toronto Hospital for Sick Children, said in an interview.

Earlier research showed that increasing the level of folic acid (a type of B vitamin) in the diet of pregnant women with supplements and fortification of foods could virtually eliminate horrific birth defects such as spina bifida. 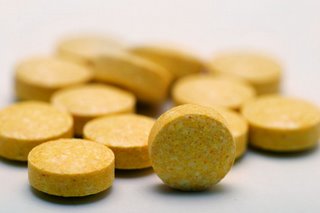 Based on the study, he said all women of childbearing age should be taking a prenatal vitamin daily. Because half of all pregnancies are unplanned and almost all birth defects develop in the first trimester, Dr. Koren said the recommendation should apply to all women.

But he stressed that they should take a specific prenatal multivitamin.

These differ from standard multivitamins in three important respects:

More folic acid, more iron and less vitamin A — high levels of which can harm the fetus.

The study is a meta-analysis, a compilation of previously published studies.

Dr. Koren said research has shown, in dribs and drabs, the possible benefits of prenatal multivitamins, but this paper is the first to pull the data together.

The study shows that taking a daily prenatal multivitamin results in a:

The research did not show any decrease in the number of cases of Down syndrome, pyloric stenosis (which causes chronic vomiting), undescended testis or hypospadias (a malformation of the penis).

Dr. Koren said it is impossible to know which vitamins and minerals are responsible for protecting the fetus from birth defects, but he noted “there is really no downside” to taking a multivitamin.

Donald Davis, president of the Society of Obstetricians and Gynaecologists of Canada, agreed, saying the research adds important new details on how to prevent birth defects.

“This study fills a gap in that we can now offer women some concrete advice,” he said, backing the recommendation that women of reproductive age take a daily prenatal multivitamin.

A report published earlier this year showed that one in every 17 babies born in the world has a serious birth defect — a hidden epidemic of global proportions.