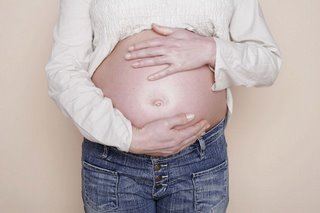 Canadian researchers have reported that babies born to women who took the newer type of antidepressants called selective serotonin reuptake inhibitors or SSRIs during pregnancy appear to be at increased risk of having a low birth weight and to develop respiratory distress.

“our study was undertaken to distinguish the effects of maternal mental illness — pregnancy-related depression — from its treatment — SSRIs — on neonatal outcomes.”
Dr. Tim F. Oberlander to Reuters Health

Oberlander and colleagues at the University of British Columbia, Vancouver examined population health data for almost 120,000 live births between 1998 and 2001. Fourteen percent of mothers were diagnosed with depression. The researchers compared the outcomes of babies born to 1451 depressed mothers treated with SSRIs during pregnancy and of those born to 14,234 depressed mothers who were not treated with SSRIs.

There was a significantly greater incidence of respiratory distress (13.9% vs. 7.8%) and longer hospital stays for infants born to depressed mothers on SSRIs than those born to untreated depressed mothers, the team reports in the Archives of General Psychiatry.

Birth weight and gestational age were also significantly less in SSRI-exposed infants and a significantly greater proportion was born before 37 weeks.

“These findings are contrary to an expectation that treating depressed mothers with SSRIs during pregnancy would be associated with lessening of the adverse neonatal consequences associated with maternal depression,” Oberlander said.

Summing up, he noted that, “while our study may add another cautionary note to the use of SSRI medications during pregnancy, the use of antidepressants must be weighed against the risks of untreated or undertreated disease … and thus the decision should be made by an informed patient with her physician on a case-by-case basis.”