David and Victoria Beckman enjoyed a family out for lunch out with their four children; Harper, Cruz, Romeo and Brooklyn at Tsujitsa Artisan Noodles in Los Angeles on Saturday(March 17). 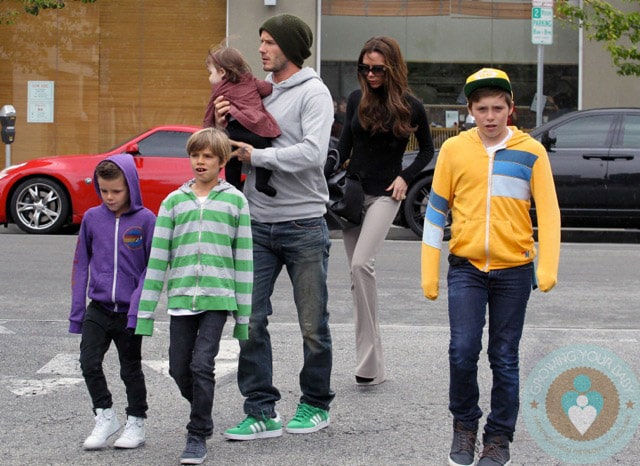 David carried his daughter Harper while his boys Romeo, Brooklyn and Cruz walked in front of the pack. Trailing behind was fashionable mom Victoria with her hair blowing in the wind.

Expect to see the Beckhams around Hollywood for a couple more years. It was recently reported that David has re-signed with the Los Angeles Galaxy for an additional two years.

Even though the David and Victoria grew up in the UK they have both voiced their love for the U.S.