It’s hard to believe that its been 2 years since Karoline and Ben Byler welcomed Florida’s first set of surviving sextuplets. 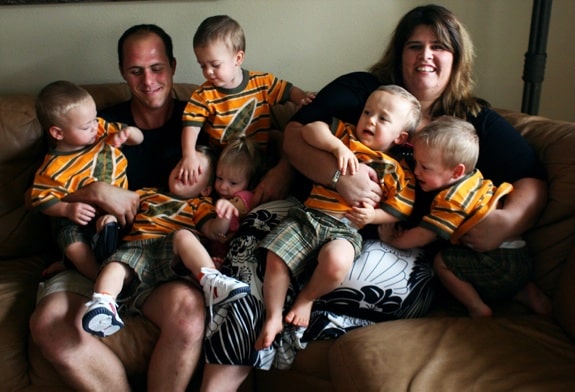 At the time, the babies arrival drew worldwide media attention, including an exclusive contract with Inside Edition for Karoline and her husband, Ben. 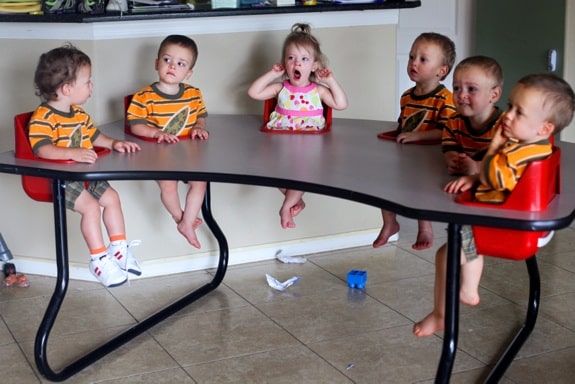 Their births were so high profile, they helped inspire the design of Bayfront’s new Baby Place, set to open this December.

Two years later Ben and Karoline have their hands full.

Now the fenced back yard looks like a preschool, with big kid swings, ride-on toys and stray sippy cups scattered across the lawn. Florida’s first surviving sextuplets have become toddlers. “That was our stimulus check,” mom Karoline said of the playground equipment. “But it was a good investment.”

For the most part, the children are healthy. All get therapy for speech delays, which is common for multiples, who often are premature and who copy each other’s mispronunciations, a phenomenon known as “twin talk.” 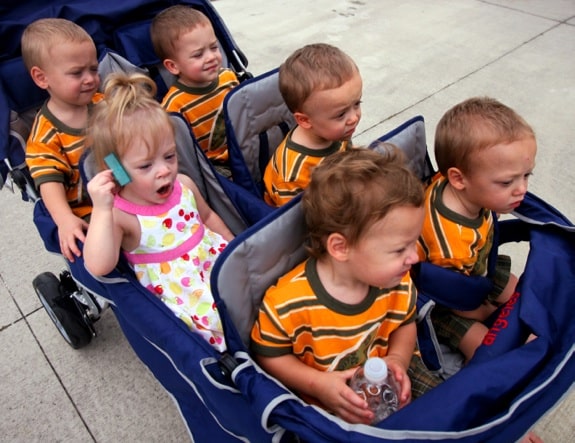 Charlie, who required oxygen even when he came home from the hospital, has asthma. He also has a condition that makes him unable to tolerate food textures, so he still eats the pureed stuff.

Ryan, whose condition was critical at one point shortly after the birth, has mild cerebral palsy and was the last to walk. He began taking steps in June. He wears special shoes and gets therapy to help with a slight limp.

They all excel at different things.

Earlier this year, Karoline loaded up the sixpack and took them to meet reality television star and fellow sextuplet mom Kate Gosselin at a book signing in Sarasota.

She spent 45 minutes in line, hoping for a nugget of wisdom from the star of Jon & Kate Plus 8.

When her turn came, Karoline said, Gosselin barely looked at them.

“She asked me why I brought all the kids,” Karoline said. “Then she just moved onto the next person.”

Karoline later wondered if Gosselin’s snub had anything to do with revelations about Jon’s relationship with another woman. Or perhaps it was just her celebrity.

“Maybe she forgets that she was in my position four or five years ago,” Karoline said. She used to watch the show but refuses now “because it’s all about their divorce.”

While the Bylers realize they could have pursued their own show, they say they value their privacy and they want the kids to grow up as normal as possible.