Home » The Damons Holiday in Italy

Matt Damon and Don Cheadle were seen today on holiday with their families, including Matt’s wife Luciana, daughters Gia and Isabella and Don’s longtime girlfriend Bridgid, at Lake Como, Italy. 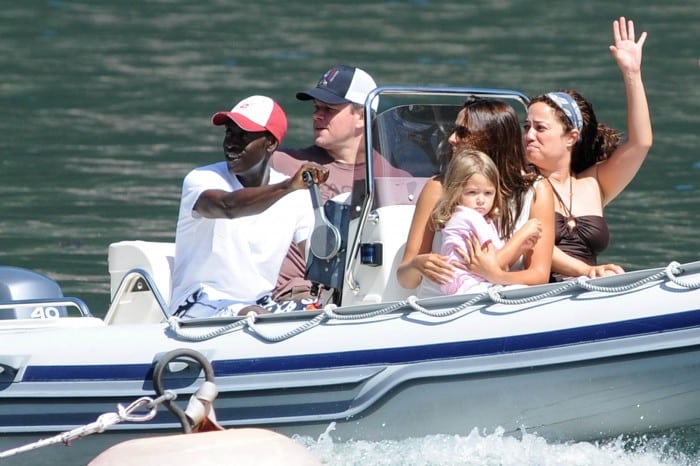 The group appeared to be having a great time touring around this famous lake, which is home to some famous celebrities including George Clooney, Sting, and Richard Branson.

The only thing that is a bit odd is that none of the kids are wearing Lifejackets. Is that just a North American thing?

Luciana’s daughter Alexia, from her previous marriage, also enjoyed the boat ride with the family.