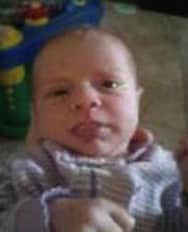 Earlier this week, an Amber Alert was issued for three-week-old Mia Graci Thompson. Baby Mia’s mother had initially called in the report, telling police that the baby had been abducted. Nearly 12 hours later, the little girl was found in a ditch just outside city limits. Now, the 19-year-old mother is in police custody.

When Kendra Meaker called in the missing persons report, she told police that she had left her two daughters, Mia and 11-month-old Mercedes, in the car while she ran into the post office for “just a few minutes.” She said that she then drove home, unaware that Mia was missing. Upon returning home, she discovered that Mia was no longer in her car seat.

Shortly after Kendra made her call to the police, an Amber Alert was issued for baby Mia, the three-week-old infant who was reportedly last seen at the post office wearing a “yellow onesie with a flower on the left shoulder.” After ruling out all family members as suspects, police started searching for a woman in yellow sweat pants driving a gold or tan Buick or Pontiac. When that led to a dead end, search parties were formed.

“My wife called me and she was in a state of panic. She told me that our granddaughter, one-month-old Mia Graci Thompson, had been abducted,” Mia’s grandfather, Ken Meaker, told police the day of Mia’s disappearance. “My heart jumped out of my chest. My granddaughters mean the world to me.” And, according to Ken Meaker, his daughter was “just confused, shocked [and] scared.”

Finally, almost 12 hours after Mia was reported missing, two volunteers found the baby girl lying in a ditch off a gravel road near a creek outside of town. She appeared to be in good health, but was taken to a local hospital for further examination.

“As soon as they got out [of the car], they heard the baby crying,” said Stark County Sherifff, Jimmie Dison. “The child was found alive on a rural Stark County road whether it had been placed there or dumped by subjects unknown.”

Shortly after the sheriff gave this statement, Kendra Meaker came forward and confessed that she had been the one to place her daughter in that ditch. According to the police, she gave no reason why she had left the baby there and then made the false report, but she is now being held, without bond until a judge can hear her case and decide which charges she will be tried for. 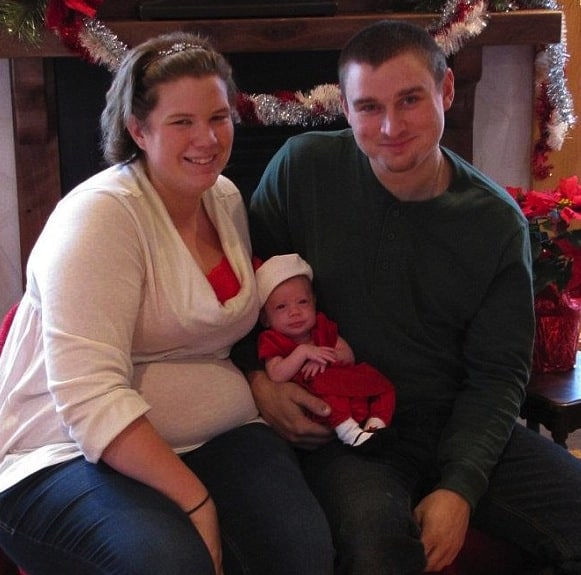 Kendra Meaker with Timothy Thompson and their first child Mercedes

Mia’s father, Tim Thompson, is also being investigated. At this time, police do not believe that he is connected to the crime in any way, but they did indicate that their other daughter, Mercedes, may be taken into protective custody along with little Mia.