Ashley Boyle took her daughter, Finley, to the dentist for what was supposed to be a routine dental procedure – four root canals. But Finley would never wake up from the procedure. Her life and the life of her family would forever be altered, and this past Friday, the three-year-old girl, once so full of life, passed away. Now, Finley’s parents are suing the dentistry clinic for negligence and dangerous conduct. 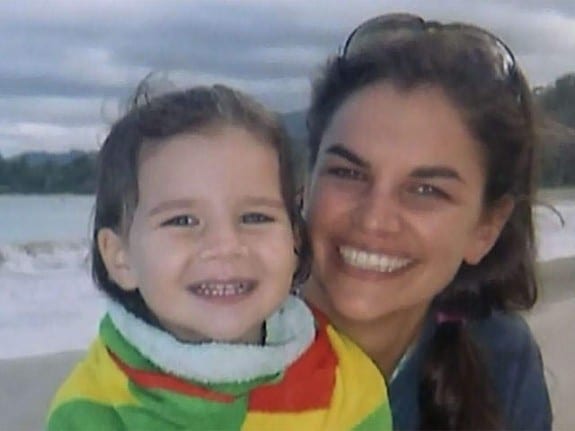 According to court documents, improper medications and incorrect dosages were administered to Finley on December 3rd (the day of the root canals).

“As a direct and proximate result of the medications administered to (Finley) by defendants, (Finley) suffered cardiac arrest during her dental procedure,” the lawsuit says.

The toddler was given a mix of five different sedatives and anesthetics. The lawsuit claims the dentist did not account for how these medications would react in the toddler’s body, and that the medical staff was not prepared to handle emergency situations.  Findley was left alone for 26 minutes after being sedated and when Dr. Lilly Geyer discovered there were problems didn’t know how to revive her and had to run down the hallway to grab a pediatrician to perform CPR.

“It’s a horrendous screw-up,” The family’s lawyer Rick Fried told New York Daily News, adding that much of the dental work that doctor prescribed for Boyle was gratuitous.

Hospice care is an end-of-life program in which interventions do not take place. It is designed to allow the natural process of death occur while still providing pain management for the patient and support and comfort to the family. Most doctors will tell you that it’s not easy to place a patient in hospice care, because it’s not easy to tell a family that there’s no hope for recovery.

In a situation such as this, with a child so young and, just weeks ago, so full of life, it seems completely unfair. Making the decision must have been downright heartbreaking for everyone involved. Thankfully, hospice was there with the family.

One of the biggest benefits to hospice is that the family is often present during the process. Finley’s parents were no exception; they were by their daughter’s side when she passed away.

“There are few greater privileges in life than to accompany someone on their end-of-life journey, providing comfort and support, not only to that person, but also to their loved ones,” Kenneth L. Zeri, president and chief professional officer of Hospice Hawaii, said in a statement to CNN. “As with all of our patients, we were truly blessed to be able to be there for They Boyle Family and for Finley at the end of her journey.”

The website for the dental clinic that treated Finley states that they are “permanently closed,” and neither the clinic’s dentist, Lilly Geyer, or her attorney, John Nishimoto, responded to CNN for comments.

Our hearts go out to The Boyle Family in the midst of their tragic loss and unimaginable pain.