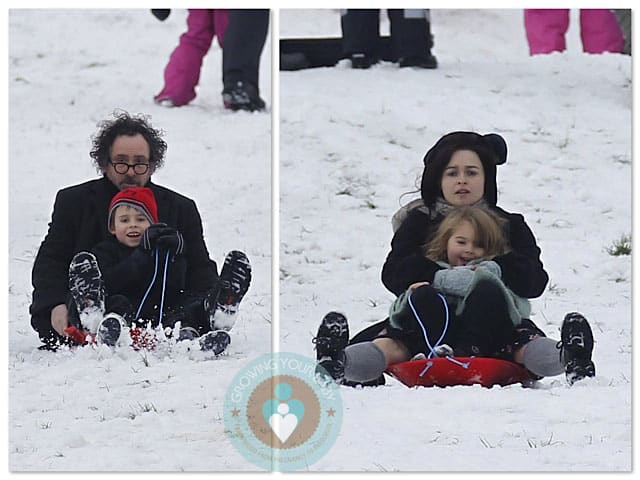 The couple took turns sledding down the hill with their kids Billy Ray, 8 and Nell, 4. Not wanting to miss a moment Tim took pictures of the kids and Helena having fun in the snow.

It is rare to see Tim and Helena out with their kids together.   They aren’t married but have been together for 11 years.  They also don’t technically live together, but rather in 2 houses that are side by side and are joined by ‘a ground level communal room, which is essentially a very grand hallway’.   In addition, they own a third house on the street which is home to the nanny and the couple’s two children.  Odd?  I think so, but apparently it works for them.  Tim is apparently an ‘insomniac who likes to pace and watch TV, he says that she talks too much and that he needs some peace and quiet away from her’.

So very funny and quirky but not unexpected coming from the man that directed Corpse Bride.