A new study finds some surprising ways in which women’s health at midlife is connected to their marital history and to when they gave birth to their first child. Associate professor of sociology at The Ohio State University Kristi Williams is lead author of the study, and says that there has been a focus on the bad effects of teen childbearing, but it is rarely asked what happens if those teens wait until early adulthood to have their first child. This research was supported by a grant from the National Institute of Child Health and Human Development. 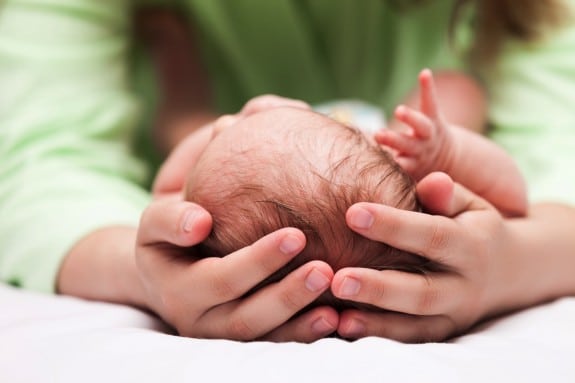 The study also questions another common assumption: that women who have a baby outside of marriage will be healthier if they get married. Professor Williams found the results of the research show some negative consequences of public policies that encourage marriage among single mothers.

For the study researchers used data from 3348 women who were interviewed every one to two years from 1979 through 2008. All of the women who participated had a first birth between ages 15 and 35, and did a health self-assessment at age 40, rating their own health on a scale of poor to excellent.

Women who had their first birth between ages 25-35 tended to report better health at age 40 than the younger aged groupings of 15-19 and 20-24. Between the two younger groups there was no significant health difference by age 40 except that these women rated their health worse that the 25-35 group. The results from all groups were similar among white and black women.

In general, the women who were married when they had their first child reported better health at age 40. The most interesting result was tied to the single women with babies.

Among black women, those who never married after having a child outside of marriage had better self-rated health than those who later married. While the study cannot say why, separate research suggests that many single black mothers are unable to find eligible men with good economic prospects. Some compromise and choose a spouse who doesn’t have a high school education or good job prospects, but that often leads to conflict and stress in the marriage, eventually resulting in poorer health for these women as they age.

Some things in society have changed over the years, including a significant decline in the number of black women who give birth as teens. But 63% of all first births among black women occur among those age 24 or younger, the very group that self-assesses their health as the poorest by age 40.

The research points out that there is still reason for concern, and suggests that because of potential health challenges later in life women should consider waiting a bit longer to have their first child.