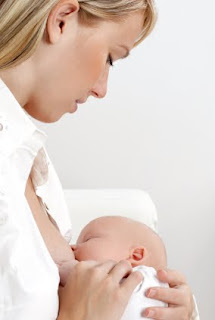 Doctors have long advocated the benefits of breast milk and now there is a movement that is gaining momentum to give all babies a fighting chance.

According to Pauline Sakamoto, the President of Human Milk Banking Association of North America, the amount of milk donated and distributed by their ten banks is increasing rapidly. This growth she feels is also due to the aggressive promotion of the benefits of breast milk by federal, state and local health authorities.

For babies born prematurely, doctors feel breast milk is like a life saver. It is the best food for hospitalized preemies who are struggling to gain weight and whose mothers are unable to produce sufficient milk because of the preterm labor.

The donated milk from nursing mothers, collected by nationwide milk banks is now helping these fragile babies gain strength. As Keely Shaw mother of two sons born prematurely says, “I think it must be similar to what people who receive donated blood must feel, this kind of gift is so personal and can be monumental for those who receive it.”

Although many women have been donating milk in an informal way to help family or friends, milk banks are a more formalized system, which also ensures that the donated milk is tested, pasteurized and frozen until needed. Donor mothers are also required to be completely healthy before pumping the breast milk.

According to experts, most women have the capability of producing enough milk to feed triplets or quadruplets. Therefore, donating this precious liquid to those babies who need to fight infections and develop well is the best way to celebrate motherhood and give a child a healthy life ahead. – Atula, Staff Writer