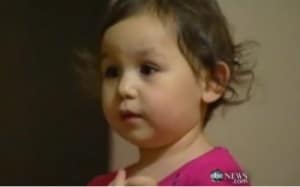 Last Thursday, Lia Vega was in her grandparent’s house, when her mother suddenly blacked out and collapsed. Unfazed, the toddler calmly dialed the last number dialed on her mom’s phone – her grandmother -to save her mother’s life. Considering Lia is just two years old, her mother now believes she has a superhero as a daughter.

At her grandmother’s house in Houston, Lia was with her mother Larissa and baby sister when her mom suddenly blacked out and collapsed. Lia then picked up her mom’s phone and called her grandmother Bobbie Gonzalez, for help.

“I never taught her how to use the phone, so I have no idea how she picked it up. I assume just by watching us,” Taylor added. 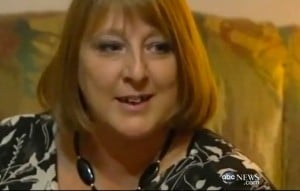 After calling 911, the grandmother immediately rushed home. A hospital trip later, Larissa; blackout was found to be due to diabetes and she was unaware that she had the condition.

Dr. Lee Green, a professor of family medicine at the University of Michigan said that many people failed to notice the first symptoms of diabetes because it seems like many other routine conditions. Fatigue, dehydration, increased urination, and headache are some symptoms to watch out for.

About Larissa, the doctor says, “This is someone who might have been feeling lousy for a while.”

He also added that the case proves how even minor symptoms should be reported to the doctor. 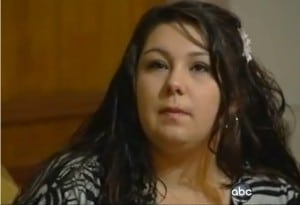 Larissa believes that if not for her quick thinking daughter she might have been unconscious for a long time till help arrived. She is not making a point of encouraging other mothers to teach children basic emergency like calling from a phone.

Lia meanwhile can sense she did something incredible and roams the house wearing a towel around the house and acting like a superhero.

“She’s been wearing a towel around the house, calling herself a superhero,” Larissa said. “Definitely, she’s my little superhero.”