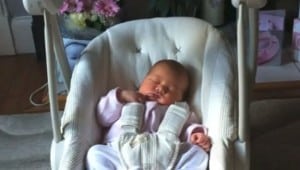 Like most expectant parents, Marie and Steven Hartley were excited about welcoming their child into the world. Born at 8 pounds, 5 ounces, their daughter, Caitlin, appeared the adorable epitome of health, but doctors would soon learn that this beautiful bundle of joy had a rare but serious heart condition. Without surgery, doctors feared that Caitlin’s parents wouldn’t even have three months with their daughter.

The entire ordeal started shortly after Caitlin’s birth when tests revealed that Marie and Steven’s beautiful little girl had a heart murmur. After some further testing, doctors found that, instead of two arteries leaving the left and right sides of her heart, Caitlin only had one large vein. As a result, her lungs received too much blood too quickly. The condition, truncus arteriosus, affects less than one in 10,000 babies. 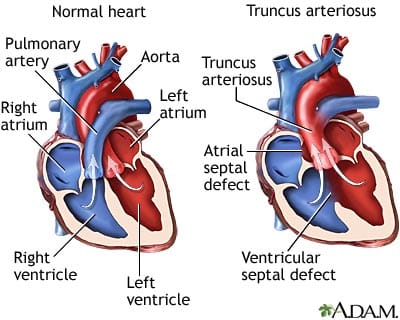 The prognosis was scary, but Caitlin’s doctors were optimistic. They believed they could successfully construct a vein for each side of her heart using an innovative technology – a cow’s jugular vein would serve as the new veins for her heart. 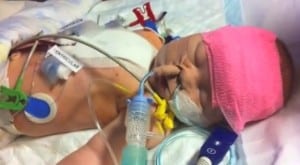 Doctors waited a month to perform the first surgery. At first, things seemed to be going well. But suddenly, things took a scary turn. Caitlin’s heart stopped right in the middle of surgery.

“We were devastated,” Marie told Daily Mail UK. “We just cried and cried. During her first keyhole surgery her heart stopped for three minutes. They couldn’t get it restarted so they had to give her adrenaline and shock her.”

But doctors did get her heart restarted and Caitlin moved on to her next surgery, scheduled for February. For this one, Caitlin would have a stent fitted so that the pressure on her heart could be reduced. Caitlin really showed her fighting spirit after that surgery. She did end up suffering from a collapsed lung, but she was out of the hospital within seven days.

“After the second operation, she was taken to intensive care, but the first night she ripped out all her lines, took herself off the ventilator, and wanted to eat yogurt,” Marie said.

Then again, in August 2012, she needed another open heart surgery, and in October 2012, she had three more stents placed. She pulled through each and every one of those surgeries, and despite all she’s been through, Caitlin’s parents say that she’s just like any other toddler – full of life and energy. 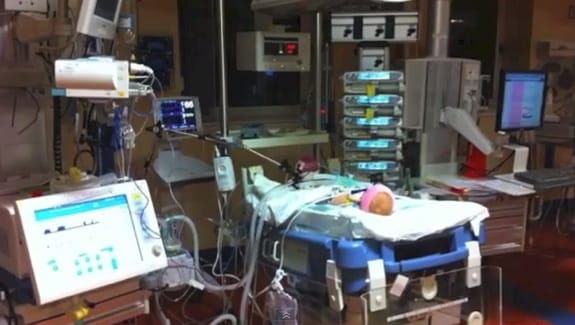 “Caitlin never lets anything keep her down,” Marie said. “She bounces back so quickly. She’s never been in hospital more than ten days after surgery. You’re always conscious, if she gets a cold or seems a bit off, that it could be something to do with her heart – but she is such a bundle of energy and we have to stay positive…She likes to keep us on our toes.”

And all that running around, chasing that vibrant toddler may have paid off because Caitlin’s father, Steven Hartley, has pledged to run 2,013 km in 2013 to raise £10,000 for the children’s hospital that saved his daughter’s life so many times. That amount will be matched by his employer, Standard Life.  To date, he’s signed up for eight marathons, half marathons and 10Ks around the country so he could hit his target amount. So far this year, he’s managed to run 188km (117 miles), which would be equivalent to four and a half marathons.

“To look at her, you wouldn’t think she has gone through all that she has, the way she dances and runs around the house,” Steven told Daily Mail UK. “All you can say to the doctors and nurses is thank you, but it never feels enough.”

The family put this video together: