In many ways, apes are our closest relation on the planet, but there are some distinguishing differences between us and them. One of those differences is how we socialize. In fact, according to scientists, “fitting in,” otherwise known as behavioral conformity, is a distinctly human behavior. 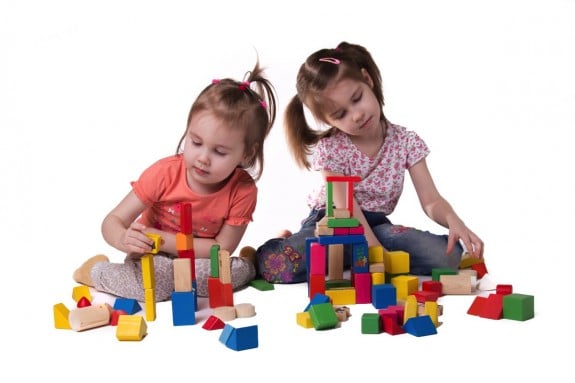 “Conformity is a very basic feature of human sociality. It retains in- and out-groups, it helps coordinate, and it stabilizes cultural diversity, one of the hallmark characteristics of the human species,” psychological scientist and lead researcher on a recent study on human behavior, Daniel Haun of the Max Planck Instituted for Evolutionary Anthropology and the University of Jena, told Science Daily. “This does not mean that conforming is the right thing to do under all circumstances—conformity can be inappropriate both for individuals and the groups they live in. But the fact is that we conform often and that human sociality would look very different without it.”

According to Haun, this uniquely human behavior can be seen as early as age two in human children. But in apes, such conformity does not exist.

“Our research shows that children as young as 2 years of age conform to others, while chimpanzees and orangutans instead prefer to stick with what they know,” he said.

Previous research conducted by Haun and colleagues had found that both human children and chimpanzees rely on the majority opinion when trying to learn something new, which would make sense when the group knows something that the individual doesn’t. However, even adults will conform, despite their own knowledge, just so they don’t stand out from the group. They wanted to take this one step further and determine if very young children would also show the “normative” conformity so they presented 18 two-year-old children, 12 chimpanzees, and 12 orangutans with a similar reward-based task.

Each participant—whether human, chimpanzee, or orangutan—was shown a box that contained three separate sections. Each box had a hole in the top, and, by interacting with the box, they learned that, while the ball could be dropped into any one of the three sections, only one section would provide a treat (peanuts for apes and chocolate drops for children).

Once they familiarized themselves with the box, the participants watched three familiar peers who had been trained to strongly prefer the same color section of the box, which was different from the participants’ preference. Participants were then left to decide which section to drop their own ball in as their peers watched.

Results showed that, despite their young age, children were more likely to switch their choice to match their peers than the apes. In fact, human children conformed more than half of the time, and the chimps and orangutans almost always ignored their peers, almost always opting to stick with the strategy that they knew would produce the treat. A second group with 72 two-year-olds also showed that children were more likely to switch their choice wen in front of their peers, rather than when making the choice privately.

Another interesting revelation was that the number of peers present didn’t seem to change the likelihood of a child changing their preference—whether it was one other child or three, they changed their choices based on peer observation. Researchers say that it is these results that suggest that, even at a young age, we humans want to conform.

“We were surprised that children as young as 2 years of age would already change their behavior just to avoid the relative disadvantage of being different,” Huan said.

The team is now investigating whether or not certain environmental factors, like institutionalized schooling and different child-rearing practices, might impact a child’s overall likelihood to conform and go with the crowd.