Home » Tom Brady Hits The Park With His Boys

Tom Brady enjoyed his day off  on Sunday at the park in Boston with his sons John and Benjamin. 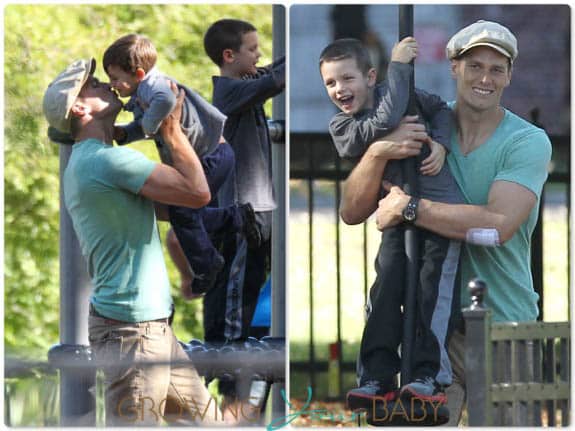 When asked in a recent interview what his favorite activity to do with the kids was Tom said..

“The park, probably (taking) them to the park. I really enjoy that. I love having them out here to be able to run around. I don’t get to do that as much.  Also swimming in the pool but the park is a lot of fun.”

And it shows! The trio were all smiles as they played on the gym and climbers.

The quarterback rode his scooter to the park with son Benjamin riding shotgun and dog Lua by his side. 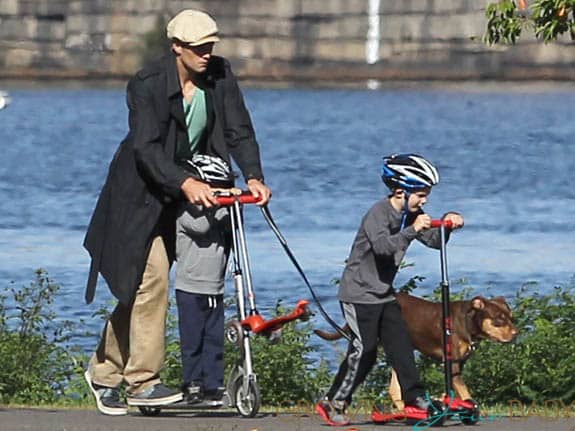 On the way home Tom switched it up and rode tandem with John, while Ben followed behind. 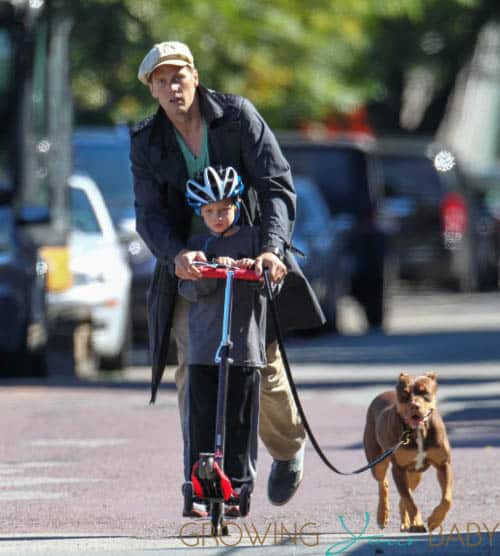