There are a lot of very cool new playsets and characters on the way for Shopkins fans!   While at Toy Fair last week we previewed their new collections and took some pictures to give you a sneak peek.

Moose Toys announced their Shopkin of the Year would be Winnie Award.  Just like with Gemma Stone a couple years ago, she will be auctioned off to benefit the Toy Industry Foundation.  The most treasured Shopkin ever produced, she is gold plated and encrusted with diamonds! 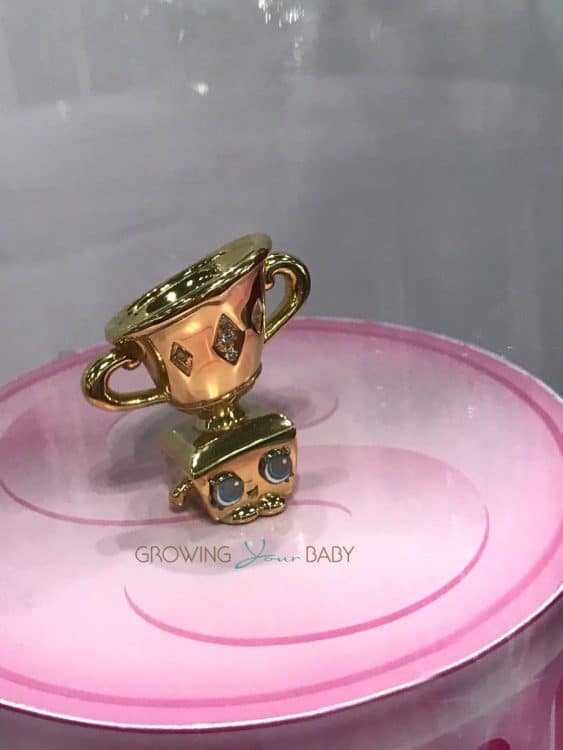 Season 7 is arriving in stores but we have a look at some of the Shoppies that will accompany the playsets.  There will be 10 new Shoppies in total. First, there will be 6 ‘Join the Party’

First, there will be 6 ‘Join the Party’ Shoppies – each with their own celebration theme.

These dolls are absolutely adorable and there is no doubt you kids will be excited about this collection.

Bridie, Tiara Sparkles, Rainbow Kate, Prettie Pressie, Rosie Blooms and Pineapple Lily are all included in this line.  Just like the regular Shoppies they come with 2 exclusive Shopkins, a brush a VIP Card and a cool stand that has a place to display the Shopkins besties. 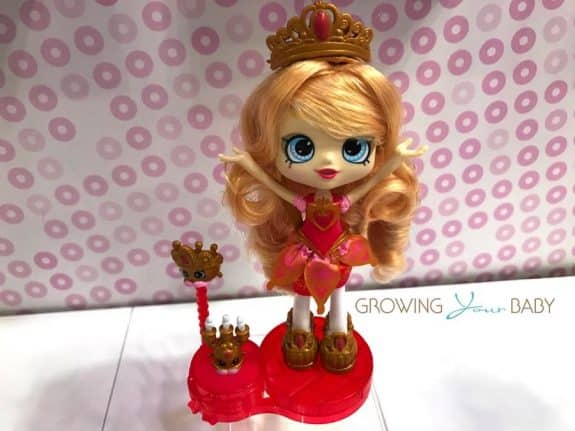 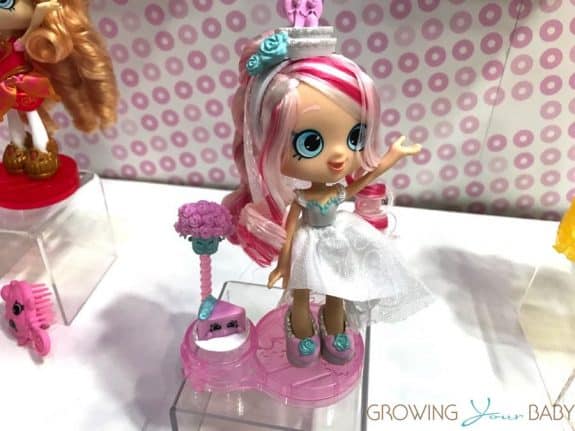 In a couple months 4 Shoppies will join the original collection. These dolls are Cocolette, Lucy Smoothie, Polly Polish and Daisy Petals. 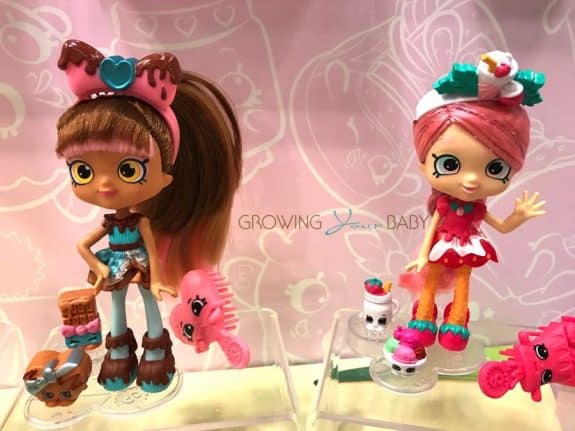 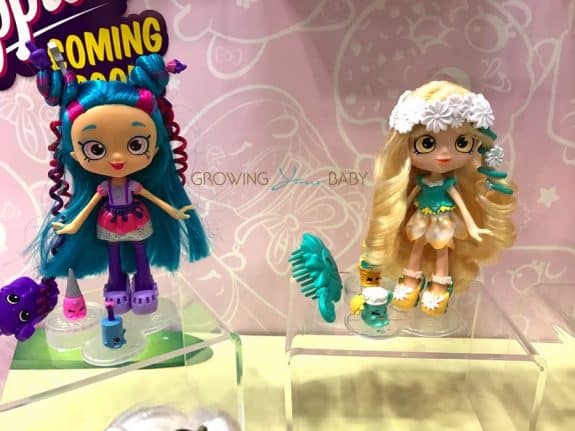 This Fall look for Moose Toys to expand their line to include cars!  Cutie Cars are die cast versions of some of our favorite Shopkins characters.  Each car will come with a tiny little Shopkin character. 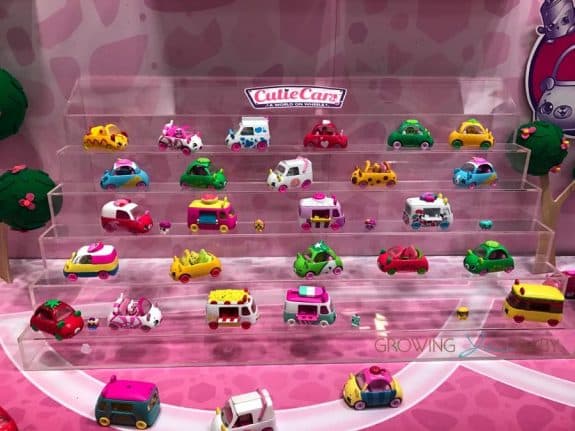 There will also be a playset where kids can play and display their favorite Cuties! 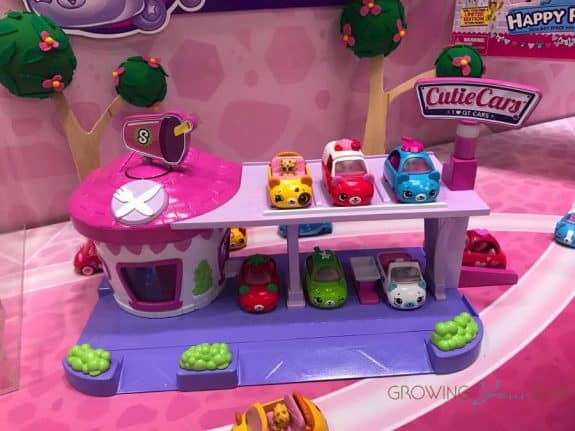 Later this year look for two new Happy Places sets.  In 2016 Moose debuted the Happy Places house along with some mini Shoppies and smaller characters to fill each room.  Next look for a mansion and school!

The biggest house they’ve created, the mansion has a 70s California art deco feel to it.  There are 7 rooms kids can customize and design plus quite a few new characters that will be introduced with the set. 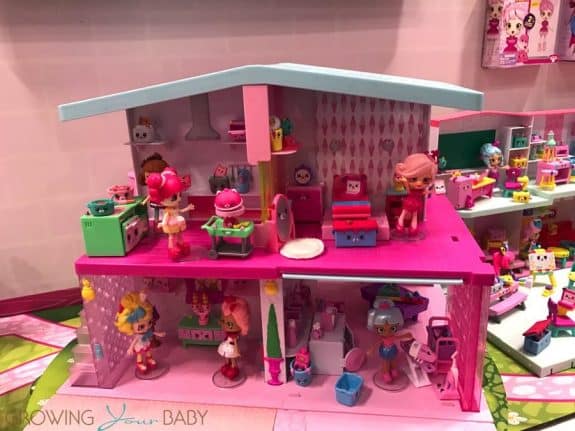 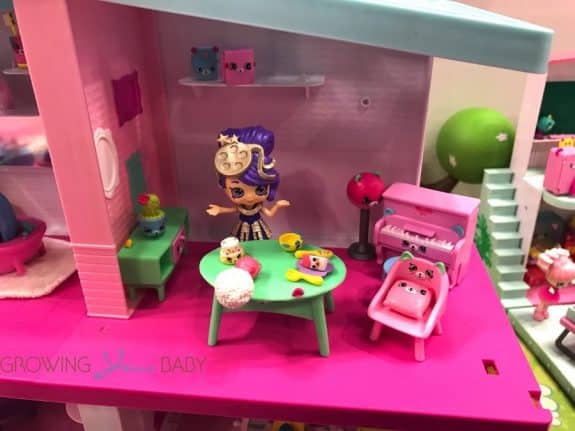 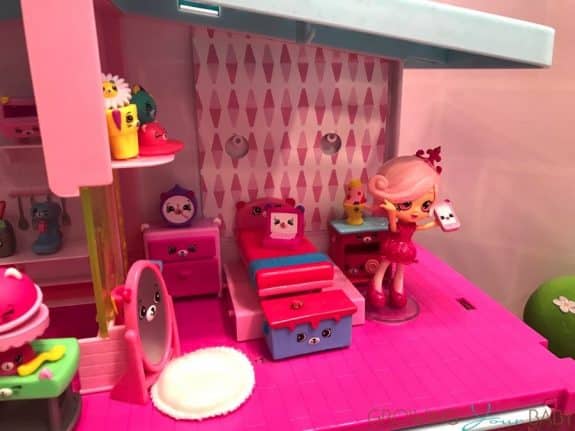 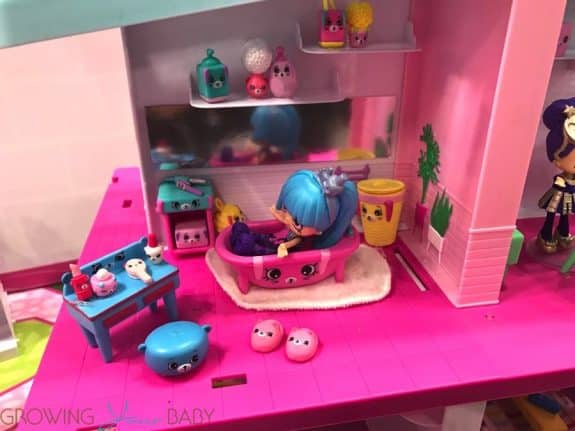 The School will have a science lab, dance studio, music room and lots of outdoors spaces fo the character to play in.  The main building will come with 4 rooms with the option to add more on. 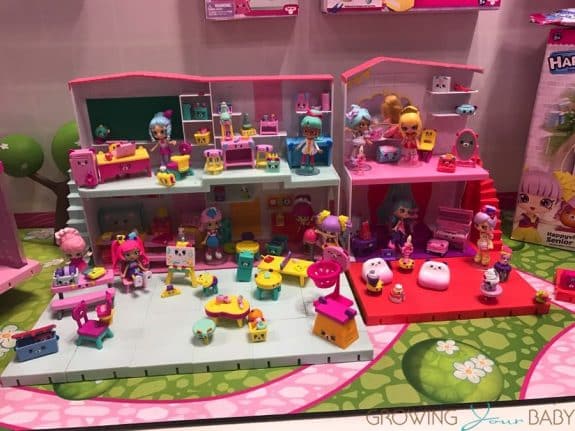 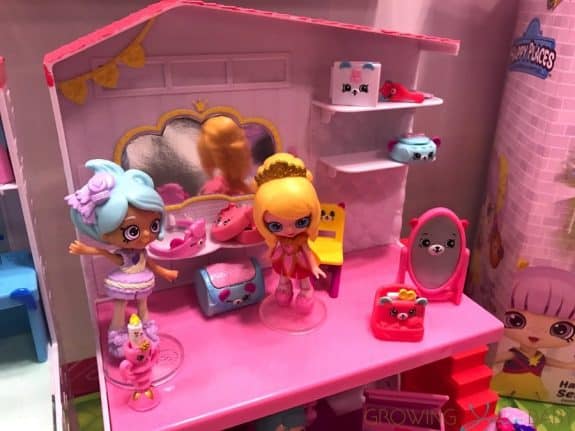 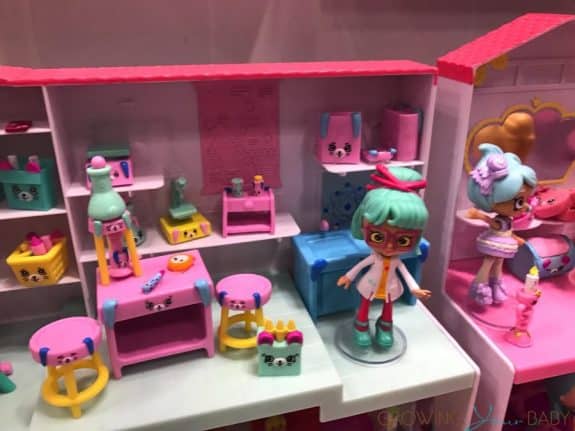 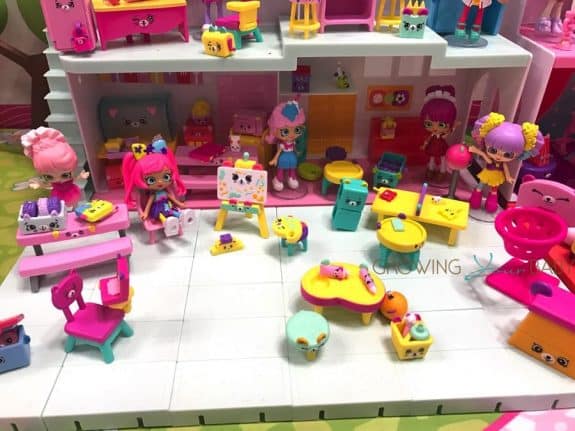 This October look for Moose Toys to introduce a new Super Mall.  I got a very early Prototype preview so fans should just know the set may change before it hits stores.  BUT get excited because it’s the biggest set they’ve ever introduced.  There are 3 floors of play and lots of cool places for kids to play with and display their characters. 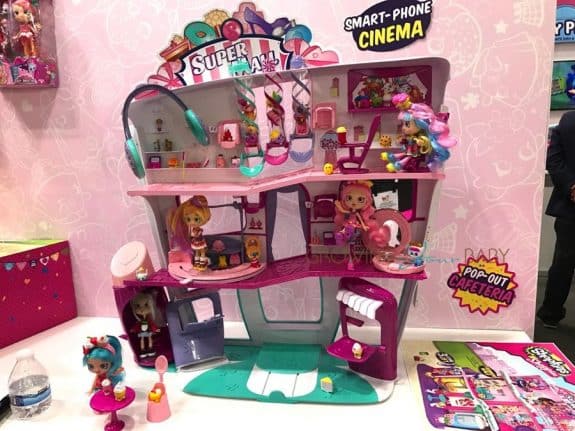 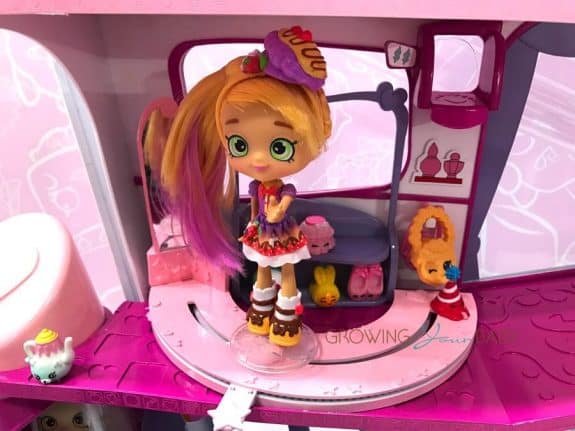 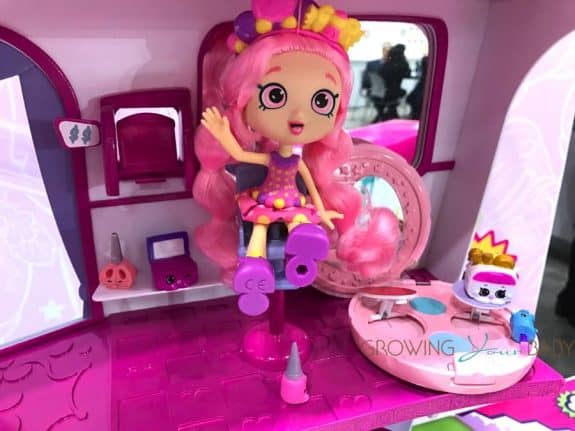 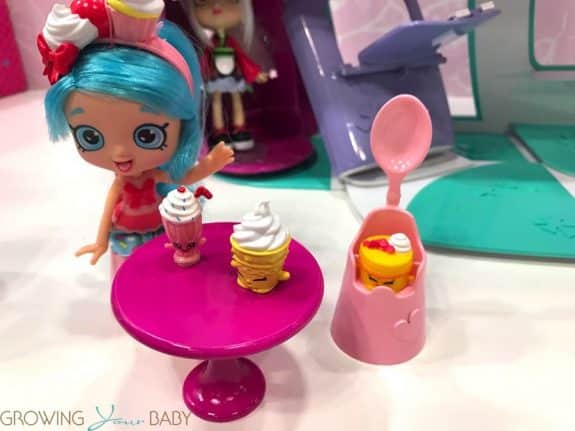 So there you have it! If you would like a better look at some of these sets check out our videos below!