Parents-to-be Amanda Seyfried and Thomas Sadoski were photographed on the red carpet at the Hollywood premiere of their new movie, The Last Word on Wednesday night.

Pregnant with her first child, the actress was cute in a black and green Chloe maternity dress with Givenchy heels as she showed off her baby belly.

When asked what it was life to work together the two gushed over each other before Shirley revealed she watched Amanda and Thomas’ love affair bloom and the baby ‘almost being conceived’.

Amanda told Entertainment tonight ‘she was ready to become a mom and was 12 months pregnant’.

“She does look about ready to pop. It’s an amazing thing,” Thomas told ET. “I just get to hang back and watch it all happen. That’s a great joy for me. Trying to learn as much as I can and do whatever needs to be done, stay out of the way and not screw up too much.”

Earlier in the week the pair were spotted out grabbing a bite to eat. 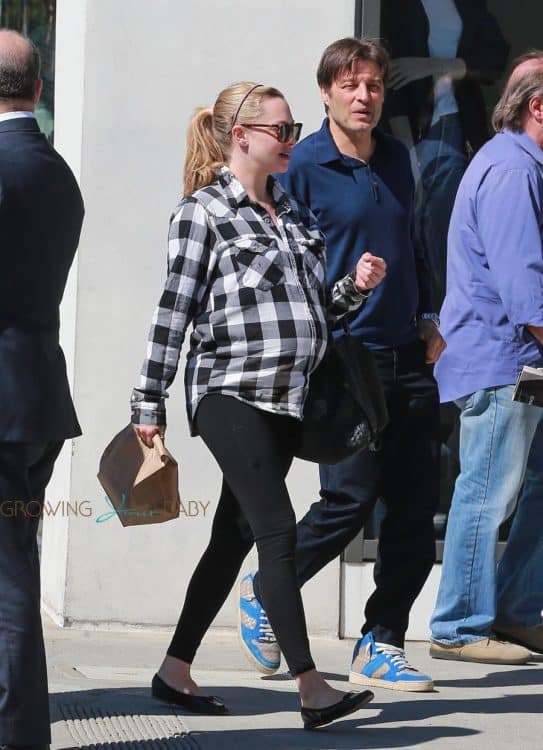 The couple announced their were expecting their first child in November, just two months after they revealed they were getting married.