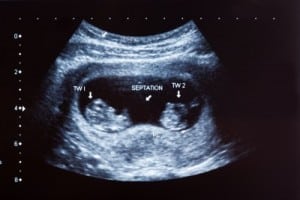 A recent story in The New York Times, “The Two-Minus-One Pregnancy,” has sparked a lot of controversy. What’s the controversy about? To put it plainly – abortion. In this story, however, even the pro-choicers are struggling with the ethics and morals of reducing a multiple pregnancy.

Women that receive IVF spend a lot of money to become pregnant. In most cases, more than one embryo is implanted within the mother to increase the chances of a successful pregnancy. Of course, more than one embryo means that there is a chance of more than one baby. If the mother is pregnant multiples, particularly a high number of multiples, the health of both babies and mother are at risk. To reduce this risk, some physicians will perform what is known as ‘selective reduction.’

Originally, selective reduction was designed to increase the chances that a mother would walk away with a healthy baby. It was only used for mothers carrying more than two fetuses. If more than two fetuses were present, unless there was a serious health risk, the mother was left with two fetuses, eventually making her the mother of twins as long as the pregnancy was successful. Selective reduction was never intended to terminate all but one life.

For some IVF parents, this is a two for one deal, a blessing even. But for some, it is a curse. They want only one child. For whatever reason, financial issues, a lack of support, fears about caring for more than one infant – rational or irrational – the parents believe that they cannot, and for some, will not parent more than one child. Some have even threatened to terminate the entire pregnancy if the physician did not reduce the pregnancy to one fetus.

Originally, only a couple of physicians were willing to comply to the mother’s request but now, many physicians have added the twin to singleton reduction to their list of offered services. As a result, this procedure has become more popular. Supposed health issues if the mother were to carry twins are referenced.  A number of reasons why twin to singleton reduction is ethical, moral and practical have been used to justify, reason and explain the physician’s choice.

But can you make twin to singleton reduction ethical? Well, I suppose that depends on who you are talking to. On one end, you have the people that view the parents as irresponsible, selfish and ungrateful. On the other, you have the group that says pro-choice means pro-choice, no matter how many pregnancies the mother started with or how many she terminated. But, like most things, somewhere in the middle, lies the truth.

Why do I keep saying this? Well, because I have never had twins. I have never even faced the possibility of twins.  I will never completely comprehend what it means to have twins. I will never know the struggles – emotionally, physically and mentally – that parents of twins deal with every day. I have not walked in their shoes. While I am pretty certain that I would never have an abortion unless the life of myself and my child were threatened, I am no more qualified to tell a woman how she should run her life than she is to tell me how to run mine.

Moral, ethical and personal convictions aside, a woman’s body and child belong to her. In the end, she is the one that has to raise the child. No matter what her choice, it is hers and hers alone. Are boundaries needed? Maybe. Are there valid points to both sides of the argument? Definitely. But who am I to stand on one side of the coin or the other?

The only people who have a right to do this are those that have faced the possibility of twins and the parents of twins. Most parents of twins will tell you that they couldn’t imagine life without one of the twins. They never deny that parenting twins is hard, trying, stressful, exhausting – just to mention a few of the taxing issues present when parenting twins.