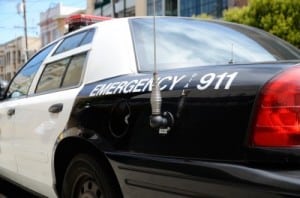 In conditions that could only be described as filthy and heartbreaking, three little girls were found by Ottawa police on Monday afternoon. Those three children, a 3-year-old, a 2-year-old and a 9-month-old baby – have all been turned over to the Children’s Aid Society. Investigators are now looking into the case to figure out how these small children could have been left at home, hungry, dirty and with their mother nowhere in sight.

“So then I proceeded over to the wall. I came over to this side of the wall…and I just put my ear up on the wall,” Adam told CBC News.

Adam said he couldn’t hear any adult voices, so he decided to investigate. He went over to his neighbor’s house and started pounding on the door. What he found was nothing short of heartbreaking.

“And then I seen this little girl just pull the curtain aside, standing on a little step up, with a dirty shirt on. No diaper, no nothing, and looking at me with tears in her eyes, very sad, and asking ‘Where Mama?’” Adam said.

Through the window, he noticed another little girl picking up bread off the floor eating it. He told another neighbor to call 9-1-1.

When police arrived, they found the front door locked. To get inside the apartment, they had to climb the up to the balcony and enter in through the unlocked balcony door. They managed to make it inside just in the nick of time. Sitting at the top of the second story stairs, police found the 9-month-old baby girl.

“The police got in at the right time to save that little kid’s life because that little baby was going to fall down the staircase,” Adam said.

“She had nothing but a little black t-shirt on, no diaper, fesces down the inside of her legs. She had been crying, for at least an hour, good hour. Sobbing, she was red,” neighbor Melanie Gallant told CBC News.

“I came in my house and I hugged my son and I said, ‘That is never going to happen..’ You don’t do this at all, it’s a child,” neighbor Anick Deseve told CBC News.

Even officials, who have probably seen almost everything, found the conditions downright heartbreaking.

“All three were filthy to the point where you would weep if you saw them,” Inspector John Maxwell told National Post.

No one really knows how long the children were left unattended at the apartment, but neighbors had told CBC News that the last time they’d seen the mother was at 11 p.m. on Sunday night. The girls were found at 4 p.m. on Monday afternoon.

“I didn’t know,” neighbor Stephanie Jerome told the Ottawa Citizen. “I thought the dad was there the whole time.”

For now, the girls are in the custody of the Children’s Aid Society. The sexual assault and child abuse squad of the Ottawa police is conducting an investigation, but as of yet, no charges have been brought.

According to CBC News, the mother was more than half an hour’s drive away when her daughters were found. She was apparently interviewed on Wednesday, and Inspector Maxwell is now saying that it is possible that the mother left the girls in the care of someone else while she was away.

Police also said that a man, claiming to be the girls’ father, came to the Children’s Hospital of Eastern Ontario, where the girls had been taken to check for any physical injuries, showed up to see the girls. However, the father apparently does not live with the mother and the police say they’re going to “need a little more than that” before giving the man access to the girls.