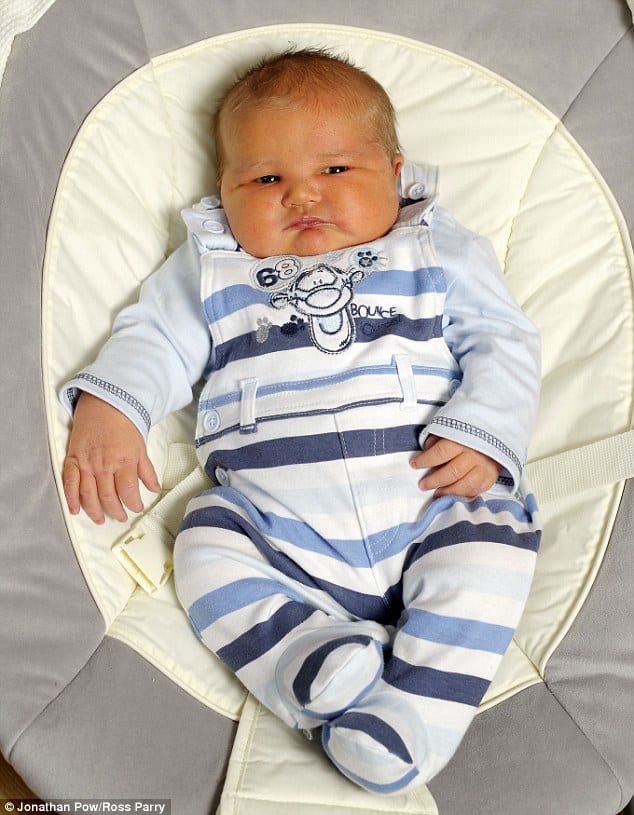 Hospital staff at a UK hospital got a bit of a surprise last week when one of their laboring moms welcomed a baby that was DOUBLE the size of the average newborn.

Sharon Needham and partner Paul Crossland won’t have any use for their 0-3 or even 3-6 month clothes after their son, Harry, arrived weighing a whopping 13lbs 15ozs!

Mother of five Miss Needham, had to give birth by Caesarean section because doctors suspected the baby was too big for a normal birth.

Left conscious during the operation, only seperated by a curtain, Paul and Sharon were left speechless when the midwife handed Harry over.

‘I thought they’d given me someone else’s baby.

An ultrasound done the day before predicted that the baby would be about nine and a half pounds – so 4 more was a ‘massive’ shock.

‘When we went up to the special care ward, they couldn’t believe he was newborn, they thought he had been transferred to the wrong ward and should have gone to the paediatric ward,’ his mom said

Medical staff calculated that she was carrying around three litres of water and her placenta weighed much heavier than normal – at 1.6kg.