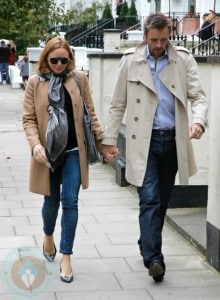 Before the weekend, it was reported that Stella McCartney had welcomed her fourth child. Details at that time were limited, but more have become available with the start of the new week.

It has now been announced that designer gave birth to a baby girl by E! Online. According to them Reiley arrived on November 23rd weighing in at 8 pounds!

Reiley joins Miller Alasdhair James, 5, Bailey Linda Olwyn, 4, and Beckett Robert Lee, 3. Stella seems to be sticking to her plans on taking little to no maternity leave following this birth. She has a collection to get out!

Congratulations to the new mom and her husband, Alasdhair Willis, on the arrival of little Reiley!

As expected Stella was a very fashionable pregnant mom.  Here are some highlights of her during her pregnancy!