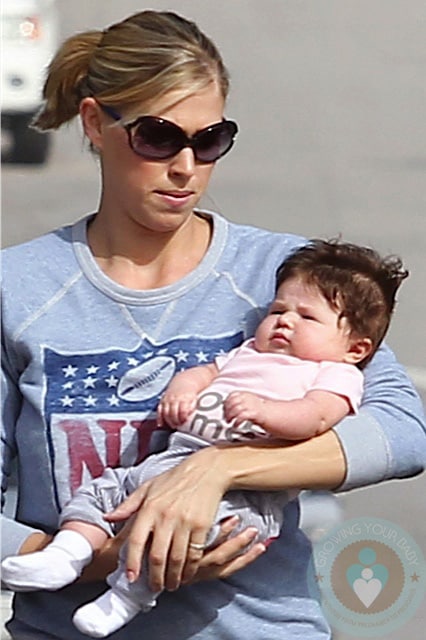 In April, dad Kevin Federline revealed to Us Weekly how they chose the baby’s name saying,

‘[Victoria] said that if we were going to have a little girl, she wanted to name her Jordan.

‘And then, we actually thought that it was a boy, but we stuck with the name Jordan because, you know, it fits both ways.’

Jordan is the first child for the couple, who have been together for two years.