Home » Study: It’s Harder to Raise a Family Today, Than it was Thirty Years Ago 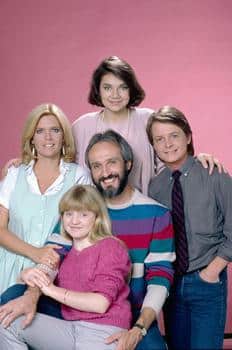 The Keaton Family from Family Ties

If you think you have it harder than your parents, you’re probably right.  That’s according to Paul Kershaw, author of a new study out of the University of British Columbia.

It doesn’t seem possible, but according to the study, household incomes have barely budged in the last 30 years, when you adjust for inflation.

“Our economy has doubled in size, it produces on average an extra $35,000 per household.  But what we see is that this doesn’t play out evenly across generations,” says Kershaw.

But, in that time, certain expenses have started to account for a greater portion of household spending; childcare for example.  In 1976 only 54 percent of women were in the workplace, while today, 82 percent are working.  This means that, with roughly the same household income, a lot more families are spending on childcare.

The previous generation also saw a huge increase in their home’s value, over the course of their home ownership journey.  This price increase has put the dream of home ownership out of reach for many families and has overextended many more.

“It’s no longer the case that if you have a kid under the age of six that you’re likely to have an adult full-time at home, or that your household income is going to be decent enough with just one earner,” Kershaw explains.

He believes that, as a nation, we have to get back to work, building social programs to help families.

“We seem to have abandoned our proud tradition of building and adapting social policy.  Since 1970, history books make clear we’ve built very little social policy.  But the world around us has changed dramatically,” he says.

“It’s a badge of honour to say, ‘Politics aren’t about me, it doesn’t matter if I vote,’” explains Kershaw.  “And so we don’t.  We’re a third less likely to vote than our older Canadians.”

Kershaw would like to see, “new-mom and new-dad benefits that would allow all parents…to share time at home with their kids until they reach at least 18 months.”

“Thereafter, we need to invest in $10-per-day childcare to remedy the epidemic of unaffordable, unregulated services we have now.  Those two major changes have to happen in the context of a greater commitment to flex-time, in order to remedy workplace standards that make it too often the practice to ignore the family.”

But, Kershaw believes that, without the political engagement of the current parenting generation, we will not muster the political will to make these changes.

The lesson is – vote next time! – Jen R, Staff Writer