Home » Warning Labels on Food May Reduce Risk of Choking 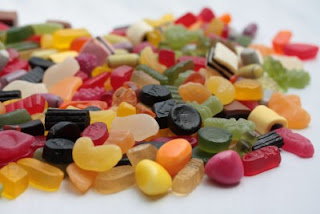 More than 100 children, under age 14, die from choking every year in the United States. Thousands more are treated at the emergency room. To lower these numbers, The American Academy of Pediatrics, the largest paediatricians group in the U.S., is calling for the government to make changes to the labelling and design requirements of foods that pose a choking risk.

Children can choke on small objects of all kinds but, in terms of food, the leading culprits are candy and gum. The shape and texture of certain foods make them ideally suited to blocking a child’s narrow airway. Parents and caregivers are encouraged to avoid giving children, under four, particularly hazardous foods like hard candy, popcorn, peanuts and marshmallows, as the risk of choking is too high. Paediatricians suggest that other hazardous foods such as hot dogs, raw carrots, grapes and apples be cut into small pieces, for young children.

Children under five are especially likely to have food lodge in their airway as they are not capable of chewing, grinding and breaking their food down reliably enough to avoid choking.

A number of products, like toys and games with small parts, are already required to have choking hazard warnings printed on their labels. Some food producers, like Oscar Mayer, follow suit voluntarily, but there is no law requiring them to do so.

Previous attempts to pass similar legislation, for the food industry, have failed in Congress. It is hoped that this attempt by The American Academy of Pediatrics will successfully prove the need for the inclusion of choking hazard warnings on food labels. The academy also recommends that certain hazardous foods be recalled.

The academy is encouraging the food industry to consider the design of food products and avoid shapes that present an undue choking hazard. Reducing the risk can be as simple as making candies flat rather than spherical.

Rita Chappelle, of the Food and Drug Administration has stated that the FDA will review the academy’s analysis and recommendations and will work with the Consumer Product Safety Commission to deal with choking hazards associated with food on a case-by-case basis. – Jen R., Staff Writer