Home » Woman and Child Saved with the Help of Facebook 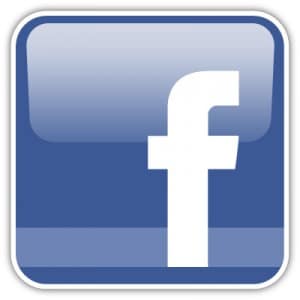 Social networks take a lot of guff from critics and some studies have linked such networks to depression. Others worry that the person-to-person connection is damaged with social network platforms. But one of the most popular social networks, Facebook, may have helped save the lives of a Utah woman and her 17-month-old son.

The woman and her child were reportedly trapped in a house for five days by 33-year-old Troy Reed Critchfield. According to police reports, Critchfield stole the victim’s phone as well as the phone of a disabled child in the home. The victim reported that she was physically and sexually abused over the five day course. She also stated that Critchfield had handled the young child roughly, grabbed the child’s arms and refused to let her feed the family dog.

Her only source of hope was a laptop that she somehow managed to get a hold of. She hid inside a closet with the laptop and posted on Facebook that she and her son would be “dead by morning” if someone didn’t come to their rescue. Someone saw her post and called the police.

“Facebook was her only outlet that she had at the home,” said Police Sgt. Jon Arnold. “It just happened that she was able to use it.”

When police responded to the call, Critchfield answered the door. According to the reports, he initially refused to let the officers into the home, but officers asked the woman directly if she was okay. In a silent answer, she shook her head “no” to indicate that she wasn’t. The couple was then separated and police then learned of the dangerous situation the woman and her child were in.

“She claims that any time she went to go to a door, he physically assaulted her,” stated Arnold.

The woman’s injuries are consistent with the allegations, but according to authorities, she refused medical attention.

Critchfield was booked on charges of aggravated kidnapping, aggravated assault, child abuse, animal cruelty, domestic violence, forcible sodomy as well as other charges. He pleaded guilty to charges of aggravated assault and obstruction of justice in connection with a domestic violence incident. Originally he was sentenced to a five year jail term, but this was suspended for a jail term of 120 days and three years of probation.

I am just so glad to hear that this mom and her child are safe. Domestic violence stories don’t always have a happy ending. Please know that if you are being abused, that there is help and you should seek it as soon as possible.