At 46 years of age she became a mother to a beautiful baby boy. And what makes this birth incredibly special is that the baby was born without a donor egg or a frozen egg, but a fresh egg, making Belinda Slaughter the oldest mom to conceive this way. 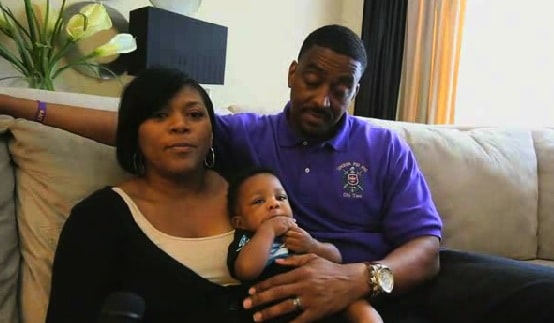 In the modern world where more and more women are freezing their eggs to have a child later in life when they may not have healthy eggs or due to medical conditions, Belinda Slaughter gave birth at the age of 46 to a baby boy who was conceived by her own fresh egg. This means the age of the egg was also 46 year old making it a very rare occurence.

Belinda delivered her first child Jackson, last September through in vitro fertilization and says he is perfectly healthy.

“I didn’t think this was so special,” said Slaughter, now 47, who is a dental hygienist. “I thought, ‘There are women older than I am having babies.'”

While many women older than Belinda have given birth in the recent years, some even past the age of 60, the conception has been through a donor eggs or frozen embryos from when they were younger using in vitro fertilisation. Dr. Mark Trolice, founder and medical director of Vivere-Winter ParkFertility Laboratory who helped Belinda conceive, says that she made medical history because the age of her uterus as well as the egg was same. 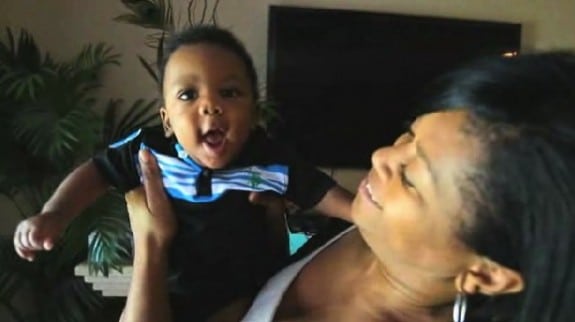 The birth has been reported in the May issue of Fertility and Sterility, a journal of the American Society for Reproductive Medicine.

Dr. Richard Paulson, a well-known fertility expert and medical director of the fertility program at the University of Southern California’s Keck School of Medicine said,

“What’s remarkable about this case is not the age of the mother so much as the age of the egg, which was 46 years old. If a woman freezes her eggs at age 40, and at age 47 has those eggs implanted trough in vitro fertilization and has a baby, that would not be as scientifically remarkable as if she got pregnant using an egg harvested at that day and age,” Paulson said.

In 2009 a doctor in New York claimed that his patient gave birth at the age of 49 but the case has not been documented in a journal and therefore cannot be verified.

Belinda had a history of infertility and she was told that she had only 1 percent chance of conceiving. In March 2013, Dr. Trolice harvested eggs from her ovary, fertilized them with her husband’s sperm and three days later transferred four embryos back into her uterus.

Dr. Trolice explained that women are born with all the eggs they will ever have and as they age the eggs age too. The health of the eggs deteriorates too with age and there are greater chances of chromosomal defects.

For instance, at age 30, a woman’s chance of having a baby with any chromosomal abnormality, including Down syndrome, is one in 385, said Trolice. By 35 — the age at which doctors recommend women have genetic testing — the risk jumps to one in 192. By age 46, it’s one in 16.

In this case baby Jackson was born healthy without chromosomal abnormalities.

However the Centers For Disease Control and Prevention notes the number of women having their first child at 35 has increased ninefold from 1970 to 2012. Still it is not advisable.

“In no way does a women want to use this example to defer fertility until they are older,” said Trolice. “After age 40, women still face huge hurdles. Their risk of complication gets higher every step of the way.”

Apart from difficulty conseiving there is also the risk of the women having miscarriage, high blood pressure, diabetes and problems with the placenta going up. The American Society for Reproductive Medicine recommends that doctors not implant embryos in women beyond age 54.

In Belinda’s case her cervix grew weak half way through her pregnancy, and needed suturing to prevent the baby from arriving too early. She stayed in the hospital for 10 weeks and delivered baby Jackson at 31.5 weeks of pregnancy via C-section. He weighed 3 pounds, 8 ounces.

“I always knew it was going to work,” she said, “Pray for direction, then go for it. Don’t live with regrets.”

Stan Williams, chairman of the department of obstetrics and gynecology at the University of Florida’s medical school, in Gainesville said her case was an anomaly as the risks are greater than the positives.

“I’m hoping that women in their mid-40s aren’t going to look at this and say ‘Oh, I can do that too.’ Being a world’s record, people need to understand this is a very rare event,” Williams said.

He said a similar pregnancy was reported in Italy where the women was believed to be near 46. But he cautioned that the pregnancy may be the outcome of improved in vitro fertilisation facilities and it should not provide false hope to women above 45.