Commuters at the L’Enfant Plaza Metro station on Thursday morning were greeted by an unusual sight when a woman gave birth to her baby boy right on the platform.

23 year old Shavonnte Taylor from D.C. gave birth to her baby boy Amir Mason at 10.30 am in the morning on Thursday. The baby was not due until August 17 according to the mom.

Shavonnte was actually heading to an OB appointment when she began to have contractions. She thought she would make it the next train but her contractions were too strong.

“Once I got off the train, they got worse and they were coming back to back,” Taylor said of her contractions. “It took me down to my knees.”

Saa Alpha of Upper Marlboro, one of the station managers on duty at L’Enfant Plaza at the time. He was near the kiosk at the 7th Street exit when he heard loud moaning. 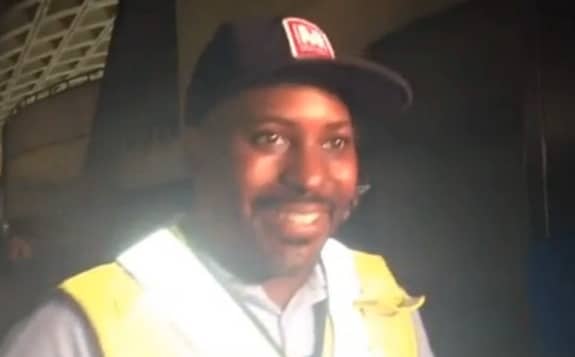 He went down a broken escalator to the mezzanine level and saw a woman who seemed to be in pain and someone comforting her.

At that moment another metro passenger took off his shirt and gave it to the woman who was helping Shavonnte and had EMT training. Another passenger offered hand sanitizer.

Metro trains kept coming and going and Alpha says about 10 people, including himself, another station manager, two Metro Transit Police, the EMT and few other commuters stopped to help the woman. 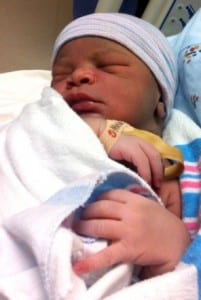 Baby Amir soon arrived, much to the delight of everyone.

“It just popped out,” Alpha said. “It was just awesome.”

The ambulance arrived shortly after to take the new mom and baby to the hospital.

Oddly enough L’Enfant is French for “the child,” making it somewhat a befitting place for a baby birth.

Transit police first announced the birth on twitter and quick updates from many followed, some even asking the new mom to call the baby L’Enfant and Pierre.

But Shavonnte says, “His name is “just something I made up.”

Another twitter user Catherine Cooke  noted that the baby was born just a day before Pierre L’Enfant’s birthday.