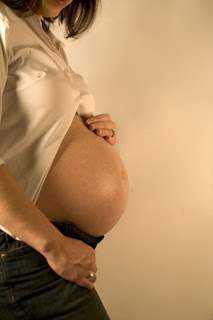 Laura Williams is due to give birth this week to her baby girls, already named Faith and Hope.

Only about five per cent of conjoined twins survive the first 24 hours, but because they are joined at the front, doctors say the chances are good in this case. A team of doctors is on standby to ensure both babies survive.

Surgeons are also planning to separate the twins in a complex operation, which is usually done only if both babies have their own heart and spinal chord.

Doctors are set to transfer them from Birmingham’s Women’s Hospital to the city’s Children’s Hospital or Great Ormond Street Hospital in London for the risky procedure.

Conjoined twins are extremely rare — with just one in 200,000 births affected. They are identical twins whose bodies are joined in utero.

We wish this mom luck during her delivery and hope that the babies are healthy on arrival.