When Ailey Rose Murillo arrived at 26 weeks, doctors gave her a 1% chance of survival. Today the little fighter weighs over 11lbs and is with her family at home after spending 6 months in the NICU. 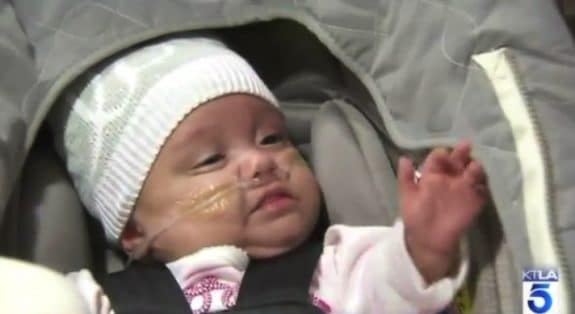 Shortly after mom Teresa Murillo hit 26 weeks gestation doctors discovered her placenta was enlarged and wasn’t providing nutrition or space for her baby to grow.

Born weighing a mere 270 grams, baby Ailey wasn’t expected to be alive but instead came out crying. 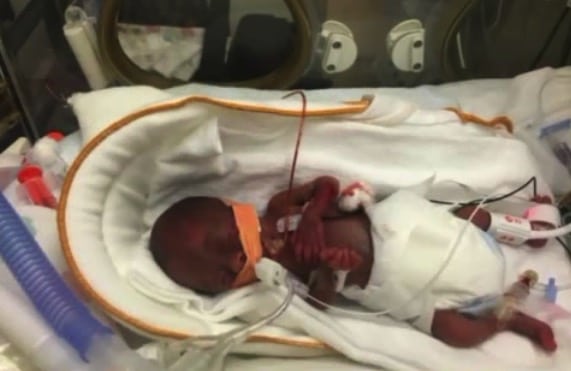 Her journey hasn’t been a smooth one, but her family is happy she is growing and developing like a normal baby. She takes feeds through a g-tube and has been diagnosed with level 2 Retinopathy of Prematurity (ROP), which means she will likely need glasses down the road.

Ailey also still needs a small amount of oxygen to help her breathe at home. Often when babies are born this prematurely their lungs are so underdeveloped they sustain damage from the ventilator, which can take years to recover from.

Worldwide, there are only two other babies born smaller who have survived, according to Dr. James Tong, who treated Ailey at Kaiser Permanente Fontana.

“It truly is a miracle,” he said. “She has overcome many challenges, including breathing issues as well as feeding issues. We are delighted by her progress.”

After being released from the hospital in January she was re-admitted to the hospital for 3 days when her mom noticed she was having shortness of breath. Doctors believe she had a little aspiration which could have been caused by her reflux.

Teresa told KTLA, “God only gives his toughest battles to his toughest soldiers and this little girl has been fighting since the day she was born.” 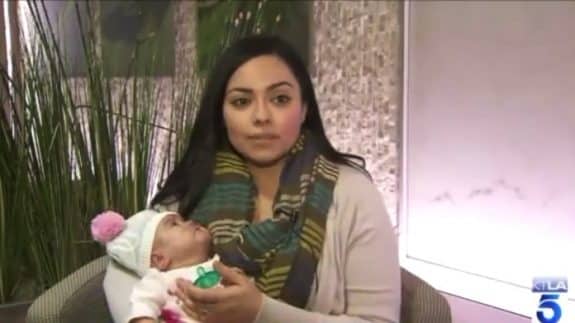 A GoFundMe page has been set up to support her family in covering medical expenses.