A pregnant Anna Faris was in good spirits while out with a friend grocery shopping in Los Angeles on Thursday morning. 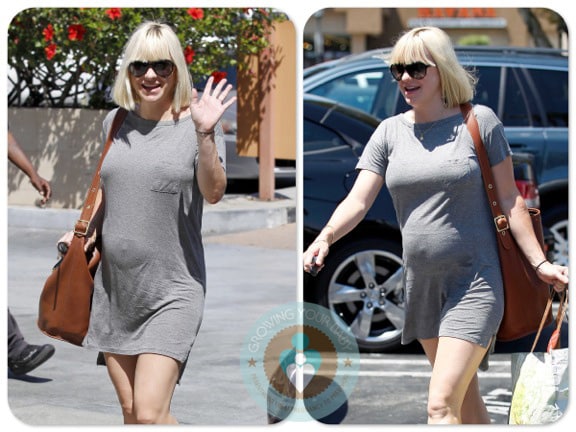 The actress, who expects her first child with husband Chris Pratt this Fall, was cute in a grey jersey dress in flip-flops. Her normally tiny frame has given in to her growing baby and popped her belly button! Some belly support could also be seen through her dress.

Her pregnancy doesn’t appear to be slowing her down.  While she can’t play the scatterbrained, single girl she is famous for she can voice the sequel to her hit animated film Cloudy with a Chance of Meatballs –  Cloudy 2: Revenge of the Leftovers.