Home » A Pregnant Kirsten Dunst Visits The Park With Her Son

Kirsten Dunst and Jesse Plemons are expecting their second child! 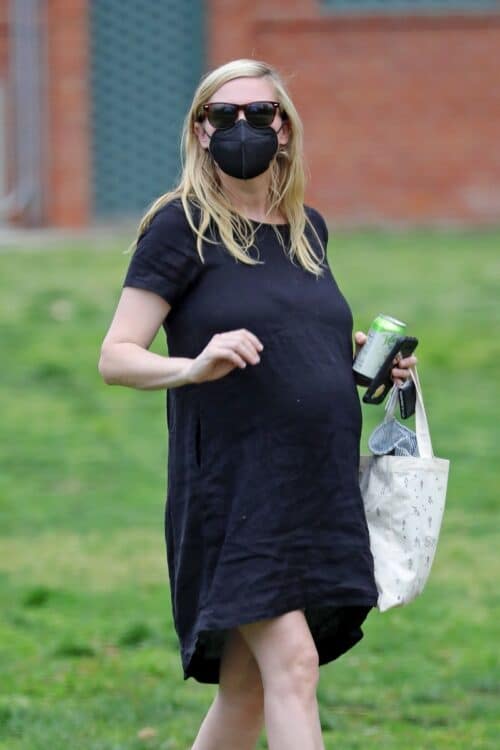 Kristen stepped out for the first time after revealing her pregnancy on Tuesday via a cover image for W Magazine’s annual Directors issue where she wore a beautiful white lace Rodarte gown.

The actress was joined at the park by her son Ennis and her mother-in-law. 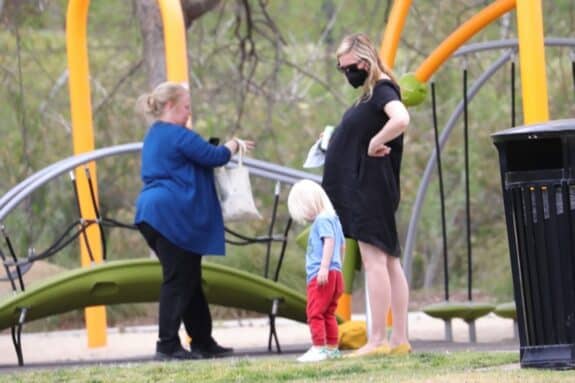 Ennis is the first child for the couple who met on the set of Fargo in 2016.

In an interview with Net-a-Porter’s digital magazine Kirsten said, “If I hadn’t met Jesse, I would have frozen my eggs. [But] it feels like I lucked out.”