Ciara was beautiful in a flowing white caftan dress while attending Kim Kardashian‘s bridal shower at the Peninsula Hotel in Beverly Hills on Saturday. 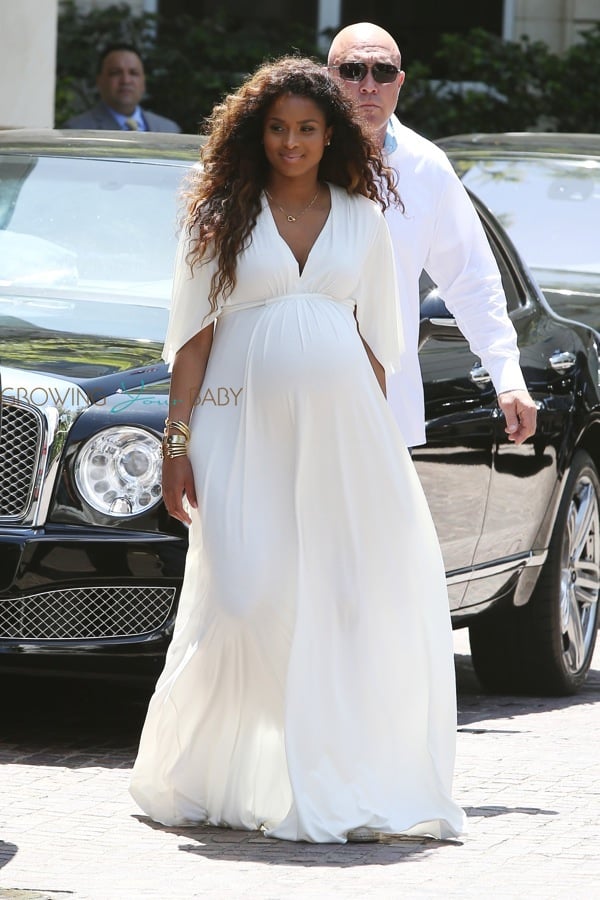 Due very soon, the singer will not likely be able to attend the wedding on May 24th in France but it looks like she had fun at the pre-celebrations. Ciara joined friends Brittny Gastineau, Leah Jenner, Larsa Pippen, Rachel Roy, and Shelli Azoff at the Parisian themed where each guest’s plate was decorated with a small white chocolate Eiffel Tower statue.

She shared a photo of her and the bride-to-be along with the note: 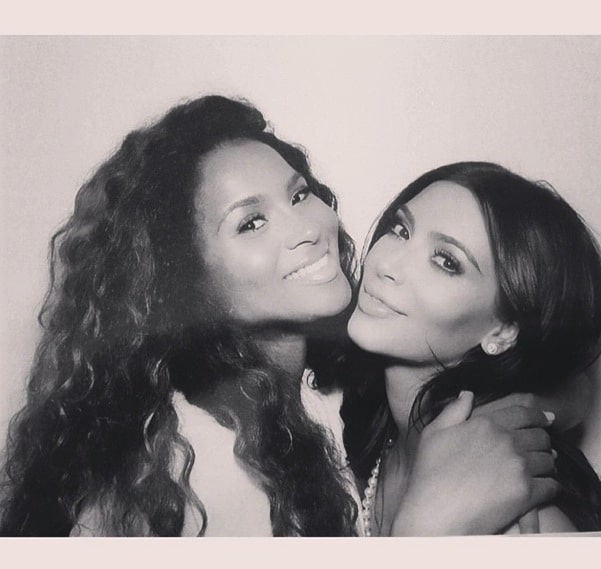 Kim wore a white strapless dress and arrived at the bash in a black Rolls Royce. 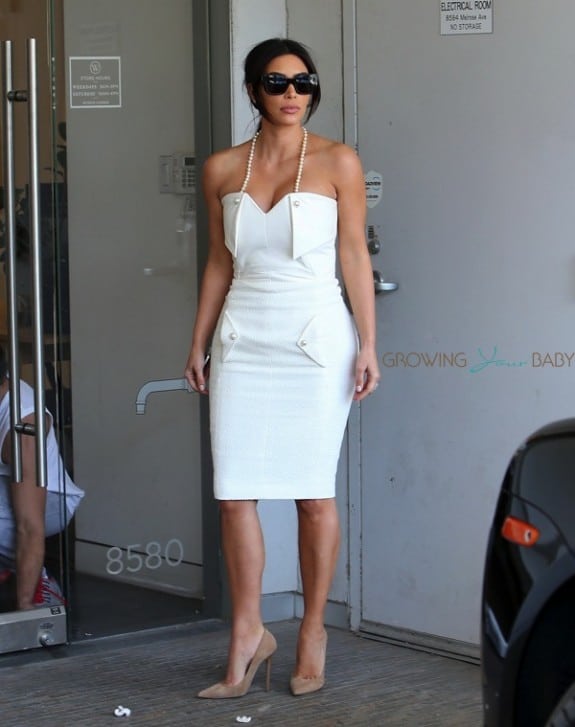 This week it was revealed that Kim and Kanye West will tie the knot in two weeks in the city of love.  Guests were provided few details about the event, which only included the date and dress code for the ceremony and rehearsal dinner.

In an attempt to keep the wedding a secret the official venue won’t be revealed until guests get to Paris.  A source told US Magazine last month Kim hasn’t even shared the details her sisters.