Date night! Director Guy Ritchie was photographed on the red carpet at the Edge of Tomorrow premiere in London’s Leicester Square with his very pregnant partner Jacqui Ainsley. 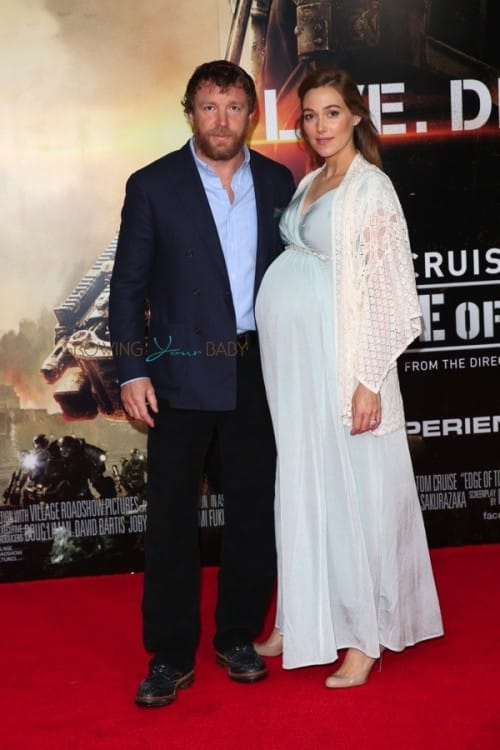 The couple, who are already parents to Rafael, 2, and Rivka, 1, are set to welcome their third child in June.  Jacqui was beautiful is a blue flowing empire-style dress, which she accessorized with a lace shawl and nude heels.

The pair met in 2009 at a friend’s party and started dating in 2010.  Less than a year into their relationship it was revealed that Jacqui was expecting her first child.

Filling their family up quickly – they will soon have three under three!