While the survival rates of babies born 26 weeks, and later are 80% and higher, the child’s gender and ethnicity also plays a part .  In fact in the past it has been found that African American girls born weighing 2.2 pounds or less are more than twice as likely to survive as white baby boys born at the same weight.  But why?  A research team from the University of Adelaide’s Robinson Research Institute is looking to determine that very fact. 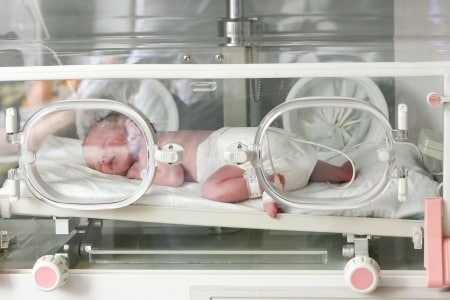 Even though males and females share highly similar genetic material, the regulation of many sexually dimorphic traits is constrained to occur through sex-biased gene regulation. It has been found that there is strong evidence that human males and females differ in terms of growth and development in utero and that these different growth strategies appear to place males at increased risk when in sub-optimal conditions.

The results – published in the journal Molecular Human Reproduction – show that male and female babies develop in very differently in utero, and the placenta plays a key role in this.

“Our research has found that there are undeniable genetic and physiological differences between boys and girls that extend beyond just the development of their sexual characteristics,” senior author of the paper Professor Claire Roberts, leader of the fetal growth research priority for the Robinson Research Institute said in a news release.

“We’ve known for some time that girls are clearly winning in the battle for survival, with markedly better outcomes for female babies for preterm birth, stillbirth, neonatal death, and other complications after birth, such as macrosomia (a baby that weighs more than 4-4.5kg at birth). Male babies generally grow faster and bigger than females. This occurs in both the animal and human worlds, but until now we haven’t really understood how or why,” Professor Roberts says.

For their research the team looked to determine whether the type and pattern of genes being expressed by the placenta is different for boys and girls by comparing the genes found in 300 placenta samples.  Interestingly, they found that more than 140 genes were expressed differently across male and female samples.

“Our results suggest that there is a distinct sex bias in the regulation of genes in the human placenta,” says lead author and University of Adelaide PhD student Sam Buckberry.

“We found that with female babies, there is much higher expression of genes involved in placental development, the maintenance of pregnancy and maternal immune tolerance.

“This suggests that girls are more likely to adopt a risk-averse strategy towards development and survival, and it goes some way to explaining the differences in male and female development in the womb,” he says.

Professor Roberts says: “These findings may be important to help guide future sex-specific therapeutics for pregnant women and for babies in the neonatal nursery.”

The report notes that the results demonstrate that sex-biased gene expression in the normal human placenta occurs across the genetic material and includes genes that are essential to growth, development and the maintenance of pregnancy.