It won’t be long now before Jessica Biel and Justin Timberlake are parents! The mama-to-be, however shows no signs of slowing down as her due date approaches. Currently in New Orleans shooting her new movie, The Devil and The Deep Blue Sea, Jessica was photographed on February 26th getting a visit from her husband. 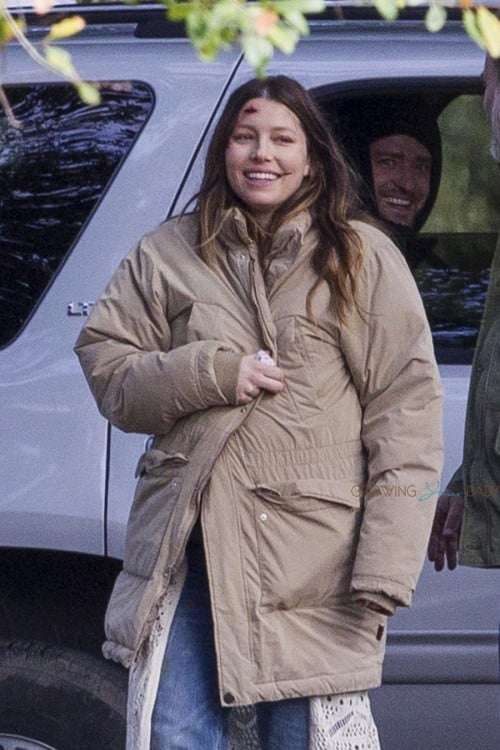 While dressed in overalls, and a warm jacket, the actress filmed scenes with Maisie Williams. The movie also co-stars Jason Sudeikis and Mary Steenburgen. 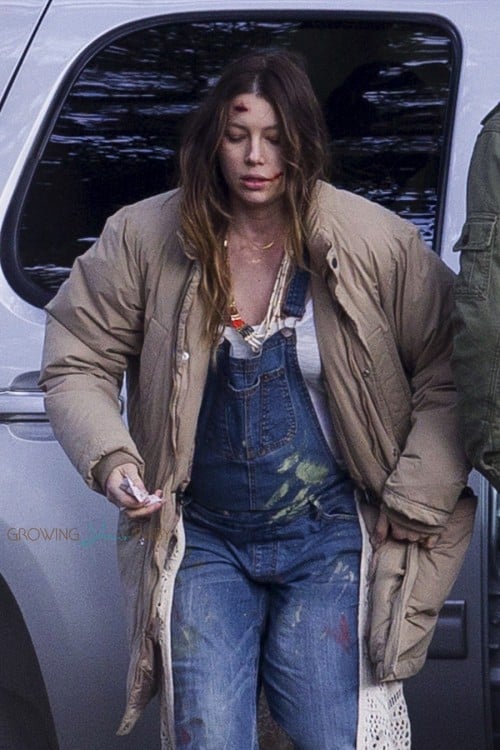 Justin watched from the sidelines as his wife filmed some dramatic scenes. 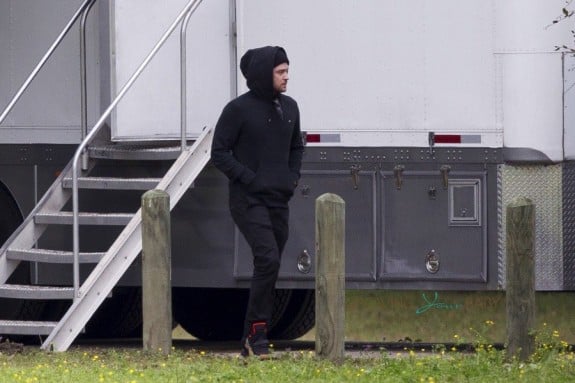 We haven’t seen Jessica much during this pregnancy, and it is likely because she has been working on three films!  In November she filmed the Blunderer in Cincinnati, and is also currently voicing the part of Vix in the new 3D animated film Spark.  That will all come to a screeching halt very soon when she gives birth to her baby in April!