For the first time since his big Superbowl win over the Seattle Seahawks, Tom Brady and wife Gisele Bundchen were photographed out with their kids Ben, Vivian, and Tom’s son John from his relationship with Bridget Moynahan. 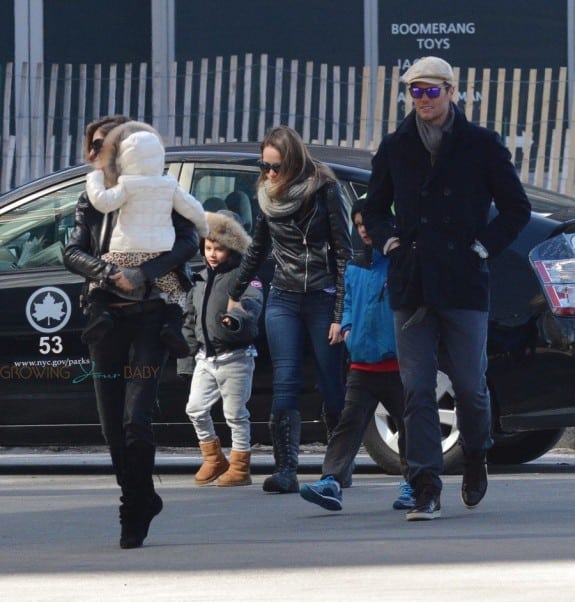 The family enjoyed brunch together in New York City before enjoying a stroll along the water. 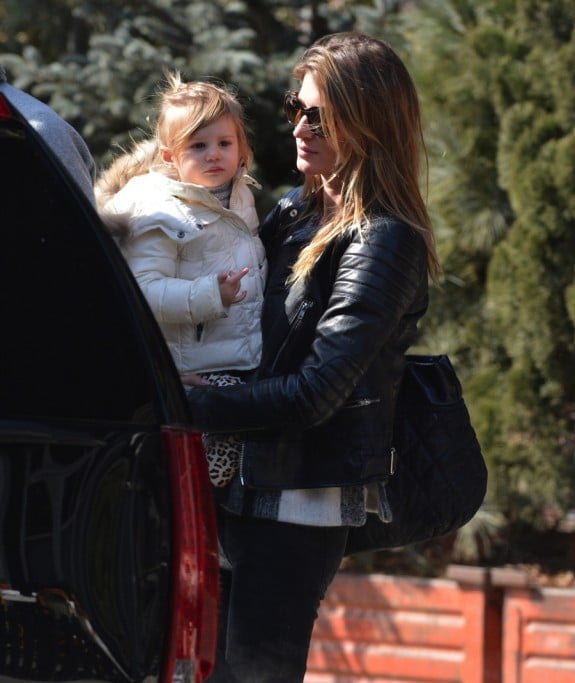 Ben and Vivian were bundled up against the cold in UGG Boots and Canada Goose Jackets with fur hoods, while John wore an Under Armor hoodie under his jacket. 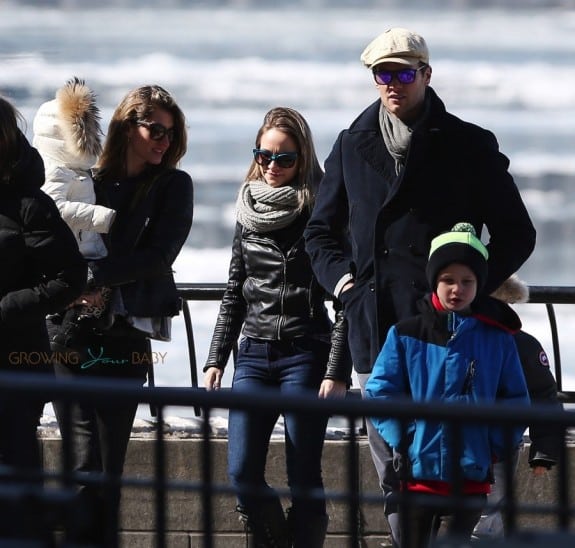 Last week Tom and Gisele celebrated their 6th wedding anniversary.  In February the model told Vogue, “I knew Tom was the one straightaway. I could see it in his eyes that he was a man with integrity who believes in the same things I do.”

They sure do make a cute couple, and an even cuter family!