Home » Adele Touches Down At LAX With Son Angelo

Jetsetters! Adele was spotted making her way through LAX with her son Angelo after landing in L.A. on Saturday afternoon. The singer kept her little guy close while a bodyguard escorted them to an awaiting car. 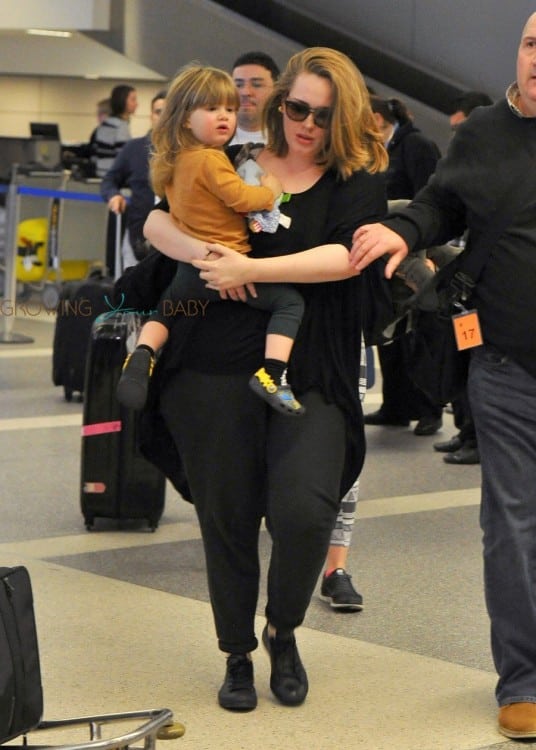 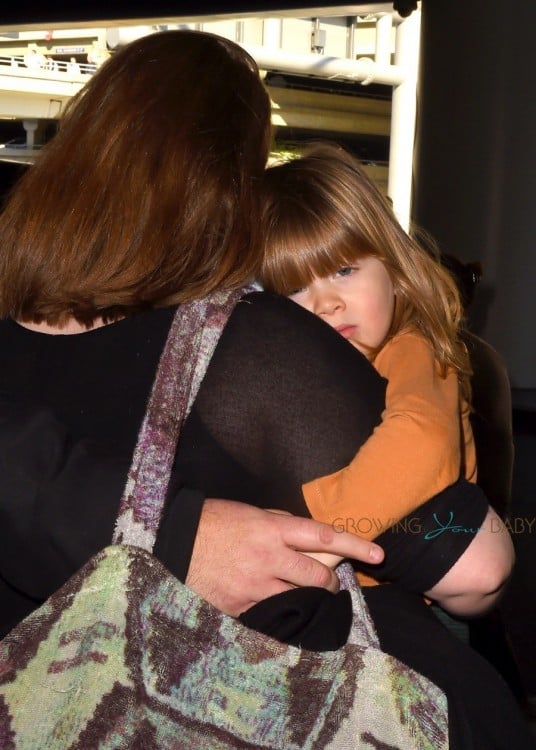 This past week The Sun on Sunday reported that Adele and her partner Simon Konecki were living apart and possibly estranged. Their source was quoted as saying, ‘It isn’t clear if they’ve officially split, but they are certainly not living together anymore. Simon is back at his bachelor pad. It doesn’t bode well for the relationship. Adele spends time with her mum Penny and friends in London while Simon is nearly two hours and 60 miles away, [in Brighton].’

Well known for being very private Adele surprised many when she addressed the rumors on twitter saying, 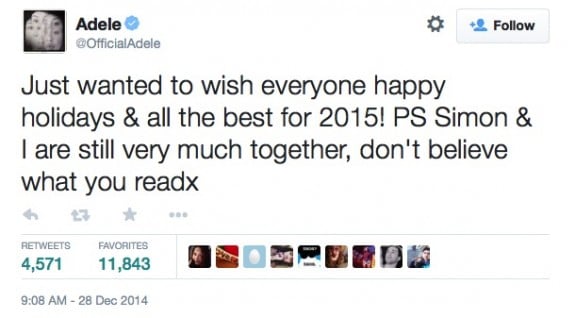 The singer also wore a singer band on her wedding finger as she passed through LAX.