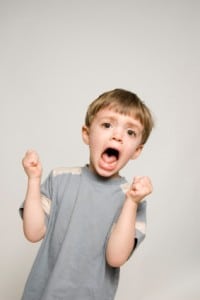 A recent study conducted by the U.S. Centers for Disease Control and Prevention found that nearly 1 out of every 10 children are diagnosed with ADHD in the United States– a rise of about 2 percent from just a decade ago. Considering the special needs of children with ADHD, this means more issues for both schools and health care. The real question is, are rates really on the rise or is there something influencing the numbers?

ADHD, attention deficit hyperactive disorder is considered the most common behavioral disorder in children, according to the National Institutes of Health. Symptoms include an inability to focus or pay attention, hyperactivity and impulsive behavior, just to name a few.

“We don’t have the data to say for certain what explains these patterns, but I would caution against concluding that what we have here is a real increase in the occurrence of this condition,” said Dr. Lara J. Akinbami, study author and medical officer with the National Center for Health Statistics. Akinbami also mentioned that the ‘increase’ could also have something to do with the fact that health care is available to a wider range of children.

What really makes the increase in ADHD cases a concern is the impact it will have on both the school system and the health care system. According to Akinbami, “Children of ADHD use a lot more health care dollars than their peers, because the condition itself requires a lot of monitoring. They are also much more likely to have other chronic health care conditions, such as asthma or learning disabilities or conduct diagnoses like conduct disorder, which makes managing them for schools and physicians and parents much more difficult. So, it’s clearly something for public policy experts to be concerned about.”

I have my own issues and concerns about ADHD and the ‘rising numbers.’ Too many hours sitting in at a desk, decreased play time in schools and a society that is run on sugar, preservatives and processed foods could be making a large contribution to the condition. I am not saying that ADHD doesn’t really exist or that many children diagnosed don’t have ADHD. Based on my own experiences, however, I believe that there may be more to the ADHD numbers than meets the eye.