Home » Adriana Lima Spends The Day With Her Beach Babe!

Adriana Lima, spent the day catching some rays and playing in the water with her adorable daughter Valentina in Miami, Florida yesterday. 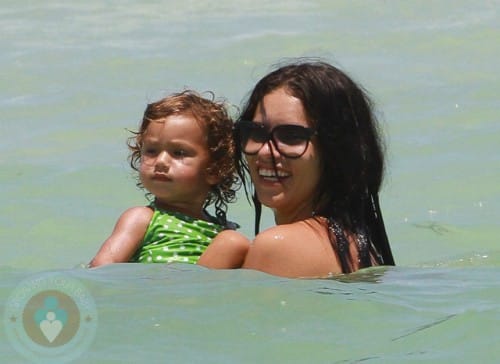 Taking time out from her  duties at Victoria’s Secret, the super model rocked a snakeskin bikini while Valentina was as cute as ever in a green polka dot two piece.

Adriana was recently listed in Forbes magazine as the forth richest supermodel in the world, pulling in an estimated $8 million/yr.