Drug addiction—be it to street drugs or pharmaceuticals—can be dangerous enough for one person, but for a growing baby, the effects can be downright devastating. Not only is the mother at a higher risk for miscarriage, her baby, if it survives, becomes at risk for a number of health problems, including low birth weight (and all its potential consequences), an increased risk of sudden infant death syndrome (SIDS), and the baby is likely to suffer from opiate withdrawal. 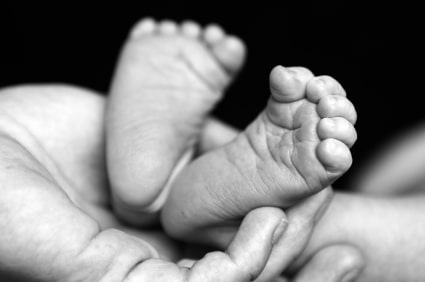 Newborns suffering from opiate withdrawal are often irritable, and they cry more often. They’re also likely to suffer from vomiting and diarrhea, which can affect their ability to gain weight and may even put them at risk for seizures if the condition is not identified shortly after birth. Thankfully, it is treatable with the use of morphine, but the baby must still remain in a neonatal intensive care unit for two to three weeks.

Dr. Suzanne Turner, a family physician at St. Michael’s Hospital in Toronto, who specializes in providing obstetrical care for women with addiction, feels that a better approach would be to educate doctors on the risk of opiate addiction—which now supplants heroin addiction as the most common reason to treat someone with methadone—is a better approach to decreasing the number of babies suffering from opiate withdrawal at birth.

And the largest percentage—1,901 babies, or almost two-thirds—were born during the last five years of the study, a time in which prescribing opiates like oxycodone and codeine for pain was on the rise.

However, interestingly enough, the majority of these women were not prescribed the medications during their pregnancy. In fact, most had received the prescription anywhere from 100 days before their delivery to one or two years before. Many of them were shifted from opiods to methadone for their pain successfully. Turner says that all of this information is telling us something important about opiate addiction during pregnancy.

“It suggests that women were prescribed opiates to treat pain prior to their pregnancies and, at some point, an addiction was identified and they were switched the methadone,” she said. “That’s really important because we know that methadone is actually good in pregnancy because it stabilizes mom, and babies are more likely to be born at term and at high birth weight and healthy.”

Unfortunately, there is still a bit of a barrier to helping pregnant women with opiate addiction, and that is knowing which ones are at risk, and how to effectively prevent it, which is an even better alternative than methadone treatment during pregnancy or morphine treatment for the baby after birth.

“The concern to me is how do we address the fact that they were prescribed opiates prior to pregnancy and there is something we can do at that stage to prevent the transition to addiction and then requiring methadone,” Turner said. “It speaks to the fact that doctors need to be aware there is the risk of addiction if women are prescribed opiates prior to pregnancy, and if they’re of child bearing age, those risks should be assessed.”