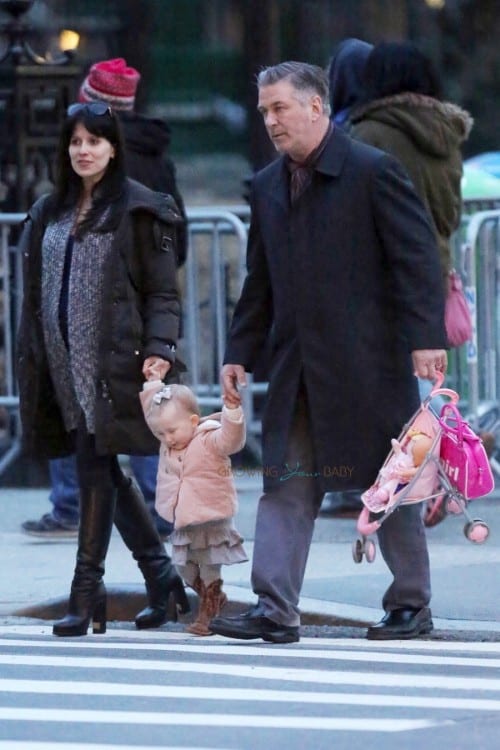 The actor carried his daughter’s Baby Annabelle stroller, which was packed with 2 play dolls and a bowler bag that held their accessories.  Carmen was cute in a pink double breasted jacket, a grey skirt and brown cowboy boots as she held her parent’s hands.

As they were heading out, Hilaria shared a photo of the toddler with her babies buckled in noting,   “The one on the left is “Carmen” and the other is her baby brother ???? (she’s practicing)” 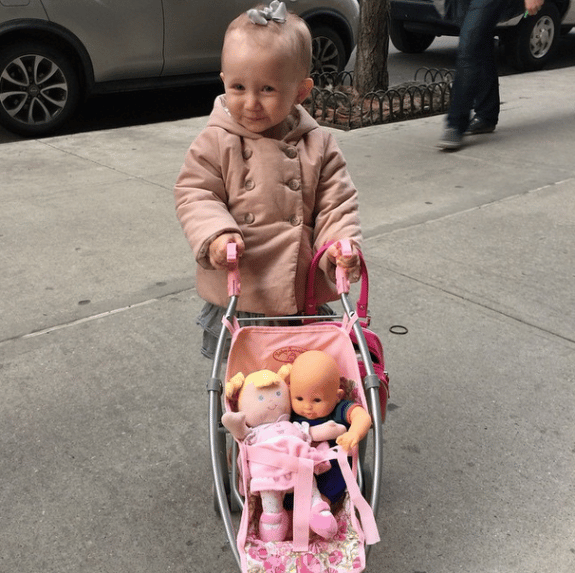 After sharing a video of Carmen strolling through the city singing, she snapped of photo of her being pushed on the swing by her dad. 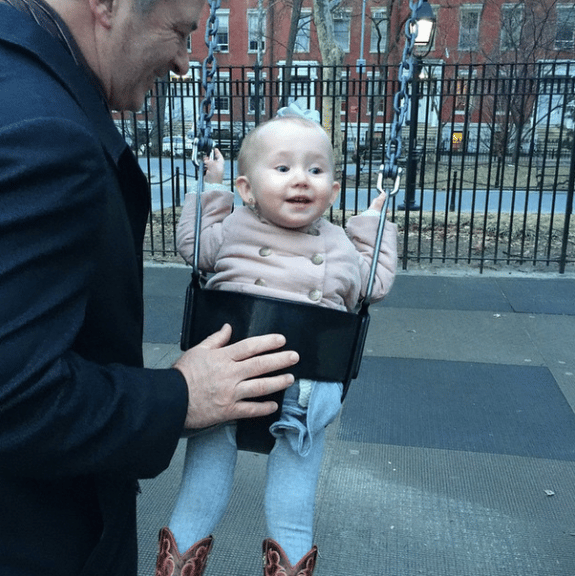 It won’t be long now before she is a big sister!  On New Years Day the couple announced baby #2 was on the way.  Just a day later they revealed they were expecting a boy.

The new baby will the third for Alec, who is already dad to daughter Ireland, 19, with ex-wife Kim Basinger.