Amal Clooney proudly displayed her baby bump while on the red carpet for the César Awards Ceremony in Paris with husband George on Friday night.

While dressed in a white Atelier Versace gown, the mama-to-be debuted her growing belly for the first time since it was revealed she and George were expecting twins. 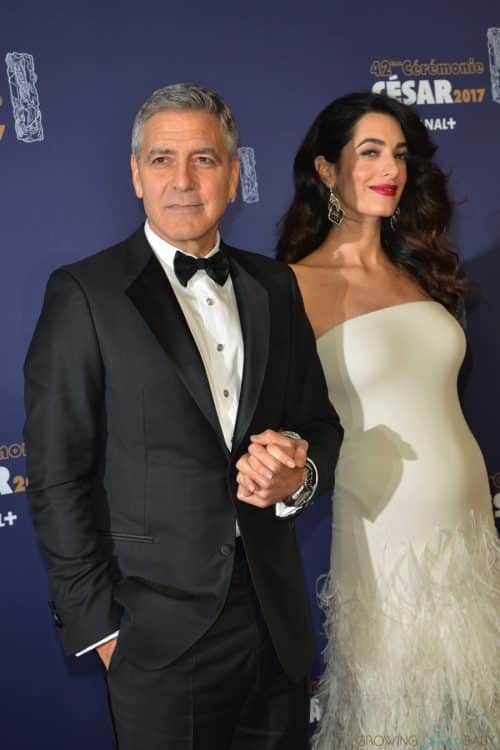 The couple was on hand for George, 55, to be presented a career award for being “the most charismatic actor of his generation.” 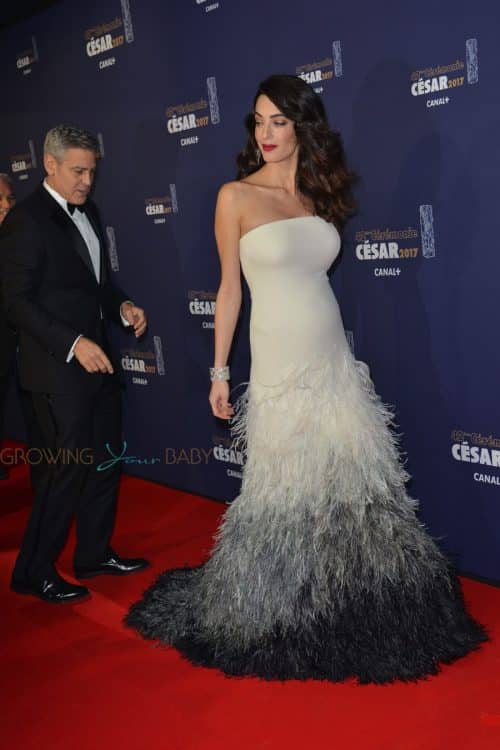 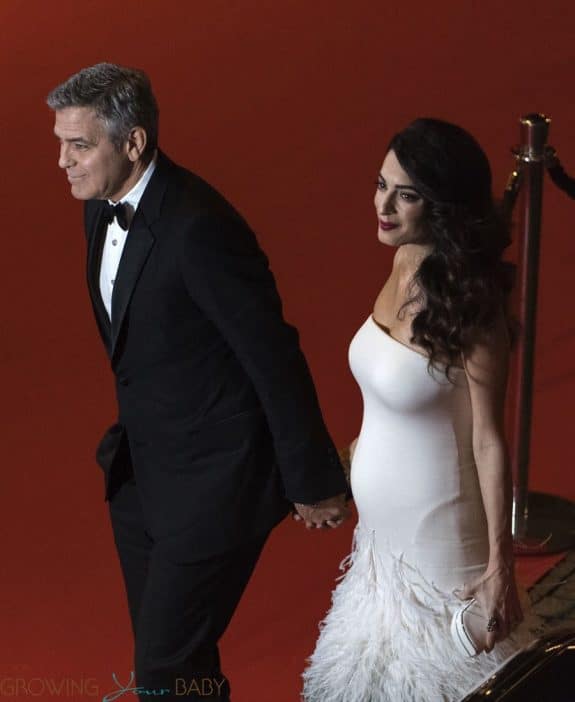 ‘We are really happy and really excited. It’s going to be an adventure. We’ve sort of embraced it all… with arms wide open.’