Amanda Booth has modeled for Target and Old Navy, and has appeared on television shows like “Community” and “Hot in Cleveland.” She also landed a Lancome commercial with Julia Roberts recently. And now it would seem that modeling runs in the family . . .

Micah Quinones, Amanda’s 11-month-old son, recently landed his own modeling contract. It’s not hard to see why when looking at Amanda’s Instagram account: he seems quite the natural. 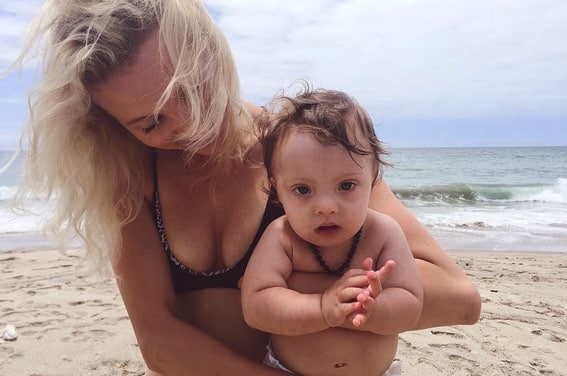 “As soon as the camera comes out, he looks right into it,” model and actress Amanda Booth told ABC News. “Everyone says to [Micah], ‘You’re just like your mother.’” 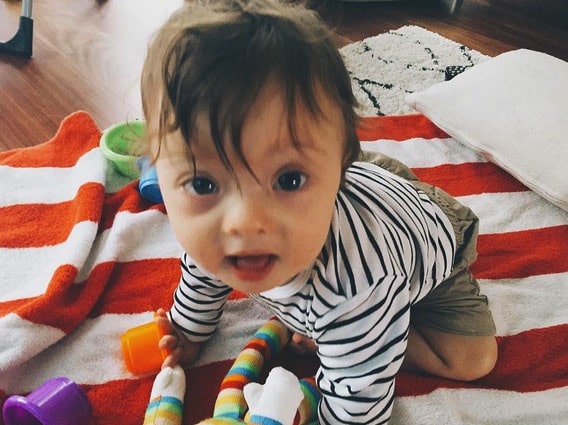 But there’s something a lot of people might know about the adorable blue-eyed boy with soft, chestnut hair: he has Down syndrome.

Right from birth, doctors suspected that Micah might have Down syndrome, but it wasn’t until he reached three months of age that he was tested and officially diagnosed. The first-time mom said she didn’t know what to think or expect at first.

“My immediate reaction was fear,” Amanda told BuzzFeed. “I hadn’t known anyone who had Down syndrome, so I only had those prehistoric thoughts of what it would mean running through my head. But I quickly realized that I already knew my son and that a number on a piece of paper would not ever change who he already was in my mind.”

And so Amanda, who was one of six siblings growing up, took time off of work to spend with her son. In fact, she and her husband, Michael, have dedicated a great deal of their time and energy into caring for Micah and raising awareness about Down syndrome. 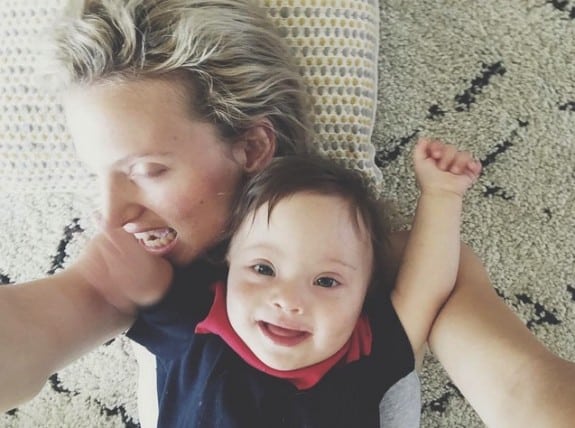 When they noticed just how much Micah loved the camera, they saw an opportunity. They ended up signing him with the very same agency that Amanda works for, and now the pair often do photo shoots together.

“I feel so fortunate that the world sees the beauty that I see in my son,” Amanda wrote on Facebook. “I am so honored to have the opportunity to bring awareness to Down syndrome. We are only just beginning on our journey, and are grateful to other families whose paths we can follow.” 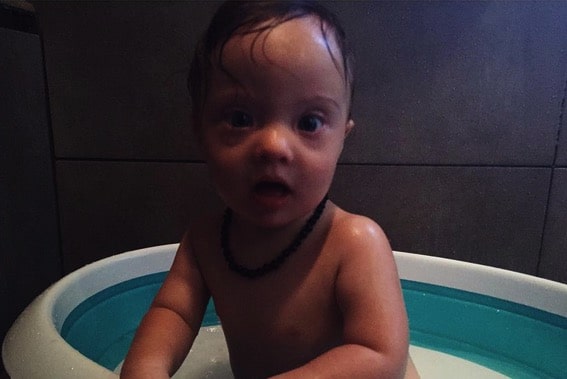