Home » Chris Hemsworth and Elsa Pataky Arrive at LAX With Their Kids!

It was all hands on deck for Chris Hemsworth and Elsa Pataky as the two flew from London to Los Angeles with their 3 kids on Sunday. While accompanied by some friends and airport staff the couple made their way through the airport with their daughter India and twins Tristan and Sasha. At one point Chris and a friend each carried a twin, while India rode in the Bugaboo Donkey, which was piled high on the other side with their gear(including Pacapod’s Picos Backpack!) 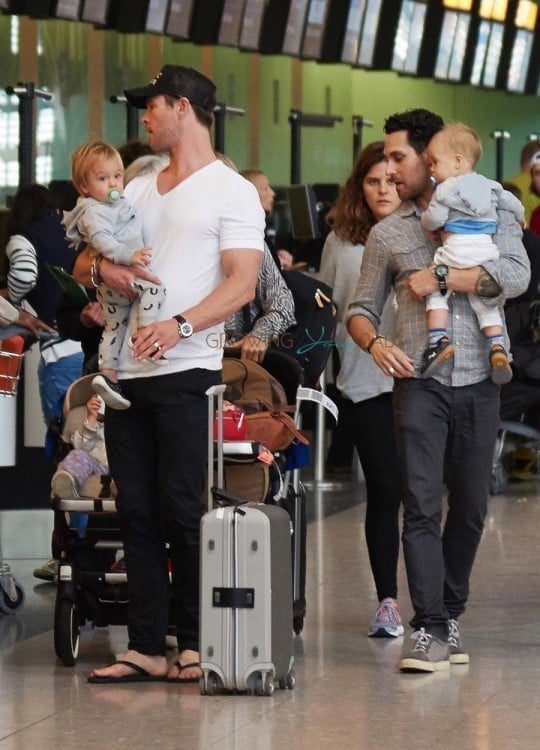 As they headed to their gate Chris carried one of his twins, while Elsa pushed the other one in the stroller along side their daughter. 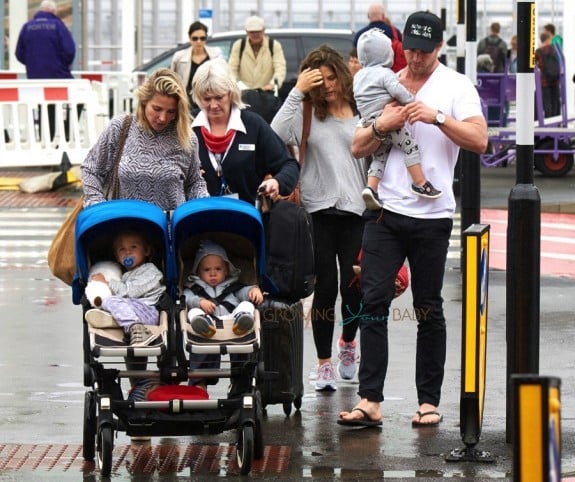 A couple of hours later the family of five was spotted exiting the terminal at LAX with Chris juggling two kids, and Elsa carrying the other. 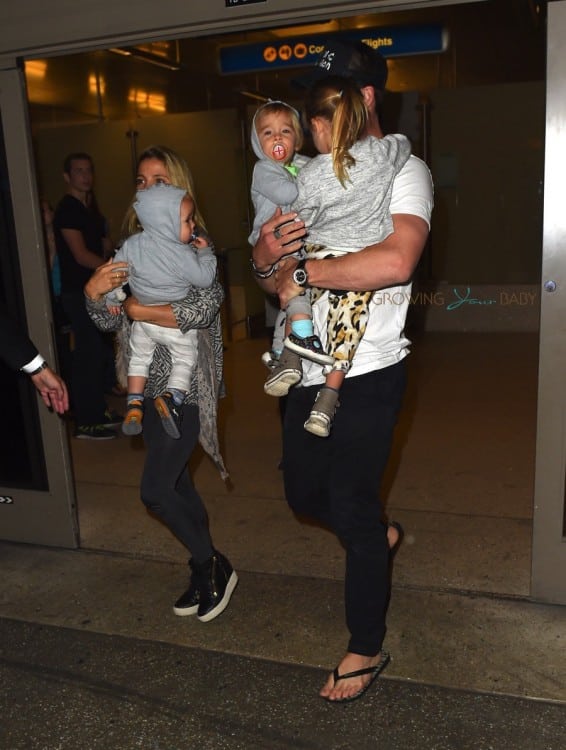 Chris has been busy for the last few weeks filming the Snow White and the Huntsman spin-off in Surrey, England.