Anna Paquin and Stephen Moyer enjoyed some time together as a family over the weekend at the park in New York City with their twins. 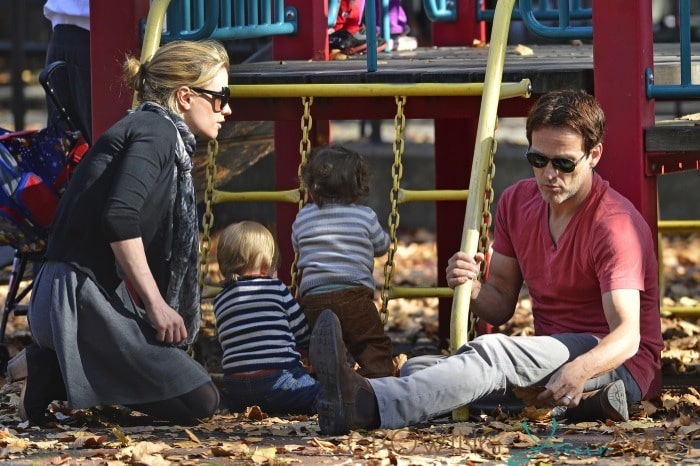 Poppy and Charlie were cute in matching striped sweaters as they navigated the playgym at the East Village park.

The couple divided and conquered, each taking a baby – who are now walking and definitely on the move! 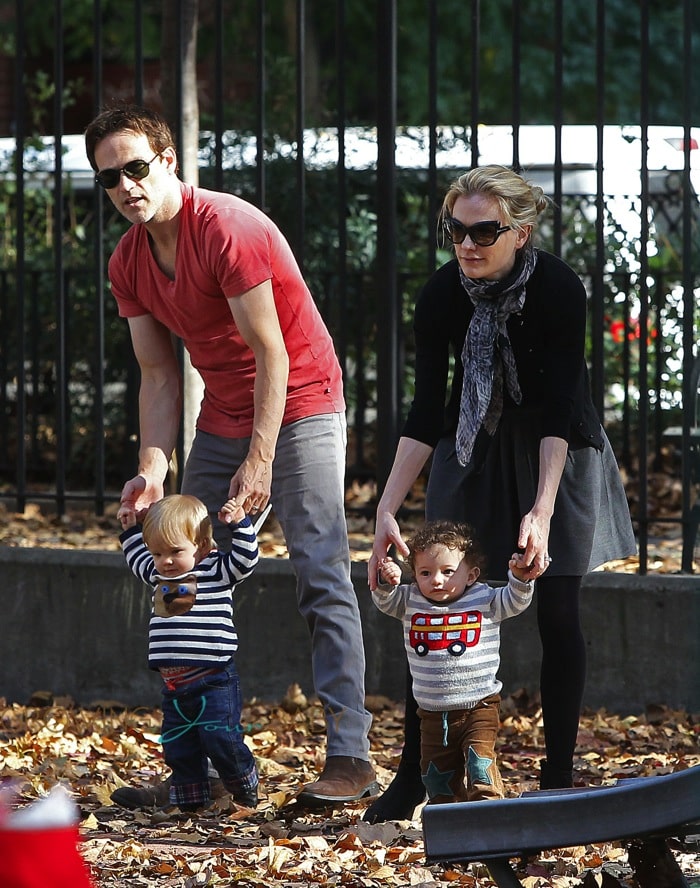 During a recent interview Stephen revealed Anna was excited for the twins to walk.

“I think Anna’s very excited about them walking and I’m like, ‘Just wait — our lives are over once that happens!’”

The dad of 4(Lilac and Billy from previous relationships), Stephen is just thankful they are healthy.

“It’s just all so amazing — they had a tough start,” he says. “They were early and it was touch and go there for a while and so anything is amazing,” he shares. “Spitting up the first solid food is just fantastic!”

The couple was happy when they turned the corner.

“It does consume your every thought, and sometimes you cope with it really well and sometimes you don’t,” he reveals. “Sometimes you’re desperately terrified and other [times] you’re so tired you can’t think of anything, so you just get through it like everybody does.”